Does Loophole To Get Through DUI Checkpoints Work In Oklahoma? 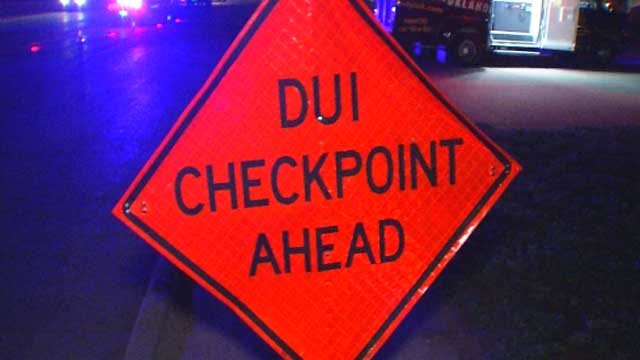 An attorney believes he has a foolproof way to get through DUI checkpoints -- don't say a word to police. But some people, like Kiesha Banton, fear his method could allow impaired drivers to bypass the law.

"He could make you laugh, like he was the life of the party," Kiesha Banton, whose brother was killed by drunk driver.

Laughter silenced early one Monday morning in December of 2013, when Kiesha's brother, 28-year-old Ronald Dashawn Banton, was taking his little boy to eat.

"It was literally see you next week to now you're gone," she said.

While stopped to make a turn, Dustin Hall slammed into the back of his car, killing Ronald instantly in front of his 5-year-old son. Police arrested Hall for DUI.

"It's still hard to get us all together because we're missing the piece of the puzzle," Kiesha said.

It's a hole left in so many families each day. In 2013, 10,076 people across the United States died in drunk driving crashes - one every 52 minutes - and 290,000 were injured. Now, could a loophole keep those driving under the influence on the roadways?

Box is talking about the movement started by Florida lawyer Warren Redlich. Tired of representing people wrongfully arrested while going through DUI checkpoints, he began distributing what he calls the Fair DUI flyer. (http://fairdui.org/flyer/) A video (http://youtu.be/YqEXTVe7MCQ ) he posted on YouTube has been viewed more than two million times, showing how you can post the flyer the window to pass on through.

"A roadblock in Oklahoma can be set up, you know, to check usually for two things, the driver's license and insurance verification and other than that, the person does not have to say a word to the officer," Box said.

However, in Oklahoma, a sign showing that information isn't enough.

"There are those who are going to test you from time to time," said Captain Kurt McKean with the Oklahoma Highway Patrol. "Circumventing a checkpoint by holding your driver's license in the window will not work."

McKean is the statewide impairment driving enforcement coordinator with the OHP and works DUI checkpoints throughout Oklahoma. He says the law requires you to physically hand over your information.

He also says the checkpoints do work. In fact, during just four DUI checkpoints held around the state in the past month showed promising progress in ending DUI.

"The average (during those checkpoints) was a DUI every 9.7 minutes was removed from the roadway," he said.

In turn saving families the heartache of losing a loved one.

"Let your window down, let the officers speak to you, let them do their job because it would be real tragic for someone to get through a loophole and then kill someone," said Kiesha.

Here in Oklahoma, there are four ENDUI trucks that are used in checkpoints across the state. Click here for more about the ENDUI program: http://enduiok.com/

Does Loophole To Get Through DUI Checkpoints Work In Oklahoma?