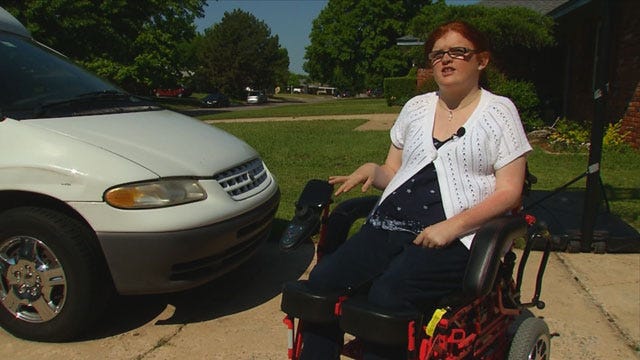 The flu vaccine is always strongly recommended, but one Oklahoma City woman says the flu shot nearly paralyzed her. She says she got the vaccine five years ago and has been working with doctors and attorneys ever since to prove her case to the federal government.

Once a bubbly, active freshman at the University of Oklahoma, Sydney Rich had asthma, but says it was the H1N1 flu shot in 2010 that drastically changed her life three months after she got the vaccine.

"I was in a coma for about three weeks, and then when I woke up I couldn't move," Sydney said.

Now five years later, at 22 years old, Sydney is wheelchair-bound and can barely move the left side of her body.

Sydney says she has an autoimmune disease called Acute Disseminated Encephalomyelitis (ADEM) with lesions on her brain and spinal cord. Doctors told her the condition is a result of her flu shot, but federal health officials say that's tough to prove.

"It's not common, extremely rare like one in a million," said Dr. Susan Mendus, the Education and Training Director for Immunization Service for the Oklahoma State Department of Health.

"The vaccine may not have caused her illness, but her illness may have started around the same time she got the vaccine. It's very difficult to say with certainty that the vaccine caused something that may have been going to happen on its own.”

Sydney has an attorney working to prove her case with the National Vaccine Injury Compensation Program.

It reimburses victims harmed by vaccines, but since 1989, only 4,022 people have successfully proven claims and received money.

Resources are what Sydney's family desperately needs after having to move to a wheelchair-accessible home, pay for costly therapy treatments, plus the family's van recently broke down.

"I try not to think about what I used to be. I don't want to waste time and energy just to get upset about something I can't change, so I just try to move on with my life," Sydney said.

Learn how you can help Sydney get a wheelchair accessible van.

Claims have to be filed with the U.S. federal court within at least three years after the vaccine injury in order to be eligible for the National Vaccine Injury Compensation Program.

More than $2.9 billion in compensation has been paid to petitioners. To date, 9,882 claims have been dismissed, and of those, 4,940 claimants were paid more than $65.7 million to cover attorneys' fees and other legal costs.