Man Accused Of Driving Drunk In Harrah With Child In SUV 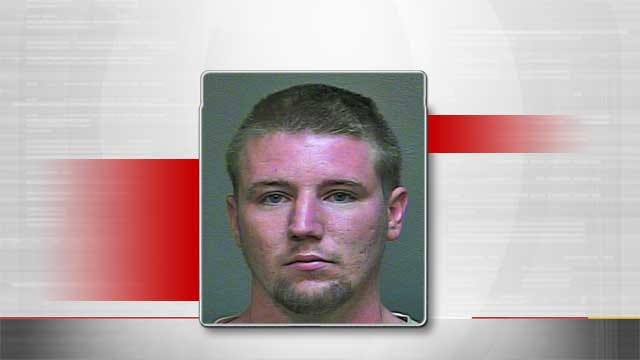 A man was arrested on multiple complaints after an Oklahoma County deputy caught him driving drunk with a 3-year-old child in his SUV in Harrah, Oklahoma.

According to the Sheriff's office, just before midnight Monday, a deputy noticed an SUV with a tag light out in the area of N.E. 10th and Harrah Road. He stopped the driver just north of 10th Street on Harrah Road. Immediately, the deputy said he could smell a strong odor of alcohol emitting from the vehicle.

The driver, 25-year-old John Wayne DeWitt, was sitting on a bottle of alcohol. The deputy asked DeWitt to step out of the vehicle and DeWitt threw the bottle into the backseat of the SUV.

DeWitt admitted to drinking alcohol and was placed under arrest. Inside the SUV, the deputy said he found a 3-year-old child in the backseat and an open can of beer.

DeWitt failed a field sobriety test and took a breath test that proved he had been drinking alcohol. DeWitt was booked into the Oklahoma County Jail on complaints of driving while intoxicated, child endangerment, transporting an open container, no insurance, and defective equipment.

Man Accused Of Driving Drunk In Harrah With Child In SUV