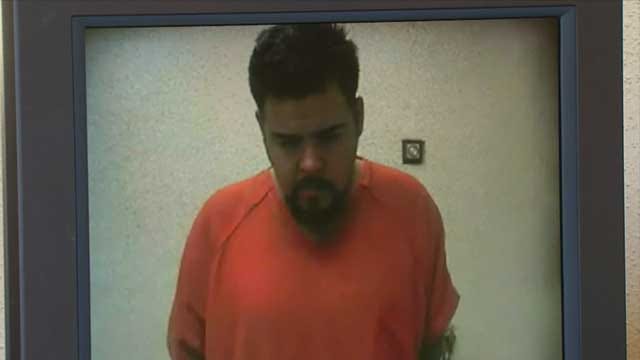 According to prater, if Gutierrez's blood test comes back with cocaine in his system, the charges may be amended.

Count one is the specific statute charged when a person causes a death while driving without a valid driver's license. It is a felony count that carries up to five years in prison and a $5,000 fine.

Count two carries with it the possibility of 10 years in prison and up to a $5,000 fine.

The fatal crash occurred on Saturday. According to police, Barry was on his motorcycle in the left lane on May Ave., near Memorial, when Gutierrez was driving in the right lane. Police say Gutierrez made an illegal U-turn in front of Barry, and Barry was thrown from the motorcycle after crashing into Gutierrez's car.

A police report states Gutierrez told officers he was trying to turn when he hit Barry. Gutierrez refused to go to the hospital, but he was taken there anyway, and doctors did draw his blood for a blood test and officers did find a packet of white powder in his wallet that tested positive for cocaine.

Gutierrez was arraigned Monday for first-degree manslaughter. That charge is yet to come down.