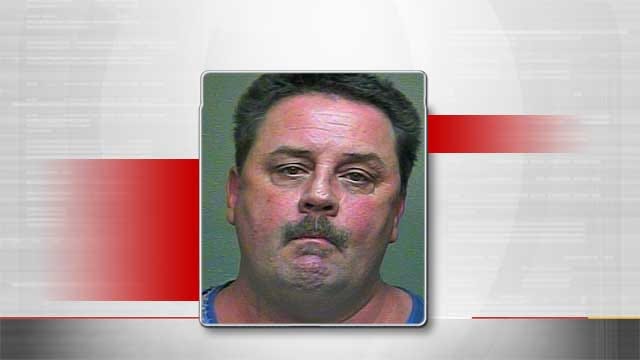 According to police, at about 9:40 p.m., officers responded to a welfare check at a home on Tompkins Drive in Oklahoma City. A 16-year-old boy told police that his mother’s boyfriend, 51-year-old Leonard James Kennard, attacked him.

The victim said Kennard had gotten into an argument with the victim’s mother. When the victim was walking back to his room, Kennard began punching him in the face. The victim’s glasses broke during the attack.

The victim’s mother and 17-year-old sister tried to pull Kennard off of the victim. However, police said Kennard continued to punch the victim, and during the process, elbowed the 17-year-old girl in the face.

The children’s mother had to go to a neighbor’s house to call police. When officers arrived, Kennard denied attacking the victim and said that the boy “jumped him.” Police said Kennard appeared to be very intoxicated and had a strong odor of alcohol coming from his breath.

The mother said Kennard had been abusive before. Kennard was arrested and booked into the Oklahoma County Jail on two counts of child abuse, and one count of domestic assault and battery (great bodily injury.) A bond has not been set.