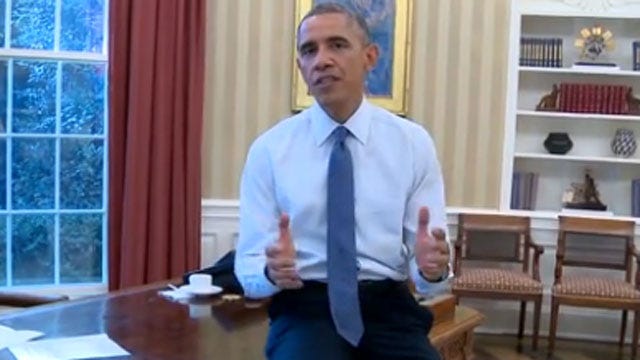 President Barack Obama will travel to Durant, Oklahoma, Wednesday afternoon to visit the Choctaw Nation of Oklahoma, and to talk about expanding economic opportunity.

President Obama will arrive at North Texas Regional Airport at about 4:20 p.m. He will then travel to Durant High School to deliver remarks on expanding economic opportunity for communities across the country, including the Choctaw Nation of Oklahoma, White House officials said.

The Choctaw Nation of Oklahoma is headquartered in Durant. The Tribe serves as the overall governmental hub for state and federal services to all of that region’s residents. The Choctaw Nation serves 11 rural counties (11,734 square miles) within its tribal territory. This is the second largest tribal service area in the lower 48 states, and the largest "Promise Zone" area.

Residents said Durant has been gaining momentum for some time, the Choctaw Nation’s designation as a "Promise Zone" has only helped.

Choctaw Nation has expanded its summer learning programs that help all students catch up in public schools. Choctaw Nation has widened early learning opportunities in its region with the award by HHS of a multi-year Early Head Start-Childcare Partnership Grant with Promise Zone preference. In 2014, with Choctaw Nation’s assistance, thirteen schools and communities in southeastern Oklahoma received Community Facilities Grants from USDA Rural Development with Promise Zone preference for school gardens, fitness equipment, and facility upgrades.

One of the first grants to be awarded, after consideration of Choctaw Nation’s Promise Zone preference points, was to a new health clinic in Boswell, OK. The Tribe’s partner, Pushmataha Family Medical Center, Inc., was awarded a New Access Point grant through HHS to create new jobs and provide health services in Boswell, an underserved area whose 5,700 residents are 25 miles away from medical resources and are mostly uninsured or Medicaid/Medicare eligible.

After President Obama leaves Durant, he is expected to fly out of the North Texas Regional Airport to Tinker Air Force Base. The White House expects Air Force One to touch down at 8:10 p.m. As to where he will stay, the White House for obvious security reasons remains tight-lipped.

White House officials said the President will stay overnight in Oklahoma City. Oklahoma City Police which would be privy to some of that information is not saying which streets will close, but we know from previous visits a Presidential motorcade does cause traffic delays.

OKCPD said anyone coming to downtown Wednesday night or Thursday should expect delays.

Thursday morning, President Obama will then visit the Federal Correctional Center in El Reno, Oklahoma, marking the first visit by a sitting President to a federal prison. While there, President Obama will meet with law enforcement officials and inmates and conduct an interview for a Vice documentary that will air in the fall about the realities of our criminal justice system.

We will keep you updated as more information becomes available.