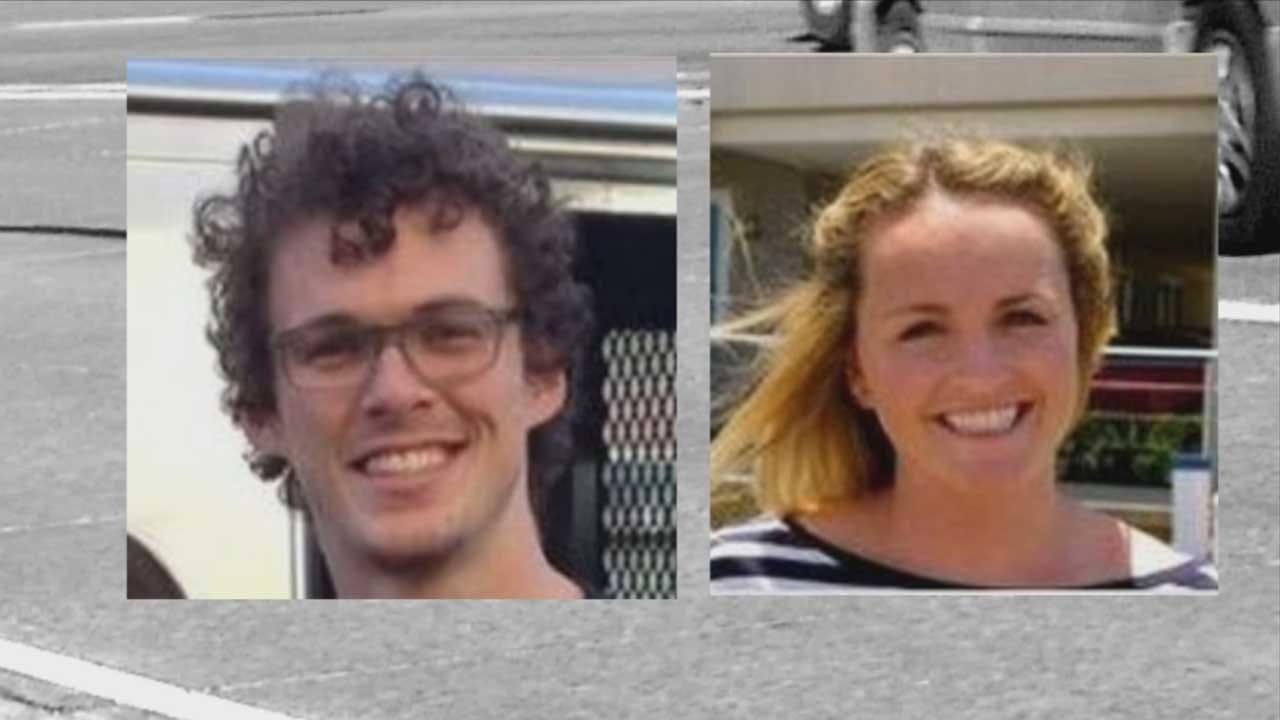 Two cyclists riding across the country for a good cause were hit by what may have been a distracted driver on her cell phone.

One of the victims died at the scene, and the other was airlifted to the hospital.

It happened Thursday morning as the two were cycling with a group through Oklahoma on their way to California.

“We started in Portland, Maine, back in June, June 21, and we’ll end up in Santa Barbara, California on August 31,” team leader Samantha Ahrendt said.

But there are two cyclists who won't be along for the ride. Thursday, while biking along on State Highway 152 near Canute, a driver hit and killed 25-year-old Patrick Wanninkhof and seriously hurt 22-year-old Bridget Anderson.

Anderson was airlifted to OU Medical Center with a leg injury.

The driver wasn't arrested, but admitted to investigators she was preoccupied with her phone before the accident happened.

“She admitted to having looked down at the cell phone whenever it was going off,” OHP Capt. Paul Timmons said.

Both victims were part of a group called Bike and Build. Members ride across the country to raise money for affordable housing. They just made a stop in Tulsa on Saturday and spent time working with Habitat for Humanity.

“They have already done a blood test and had it sent off to OSBI, and they’re going to wait for the results of the blood test to come back before they proceed as far as what charges will be filed,” Timmons said.

Investigators are trying to figure out if the driver's use of her cell phone played a role in what happened.

“Right now the texting law is not in effect,” Timmons said. “It doesn’t go into effect until November 1, but there is a distracted driving law that’s in effect right now.”

The case has yet to be turned over to the district attorney. The DA will make the decision whether or not to file charges in this case.