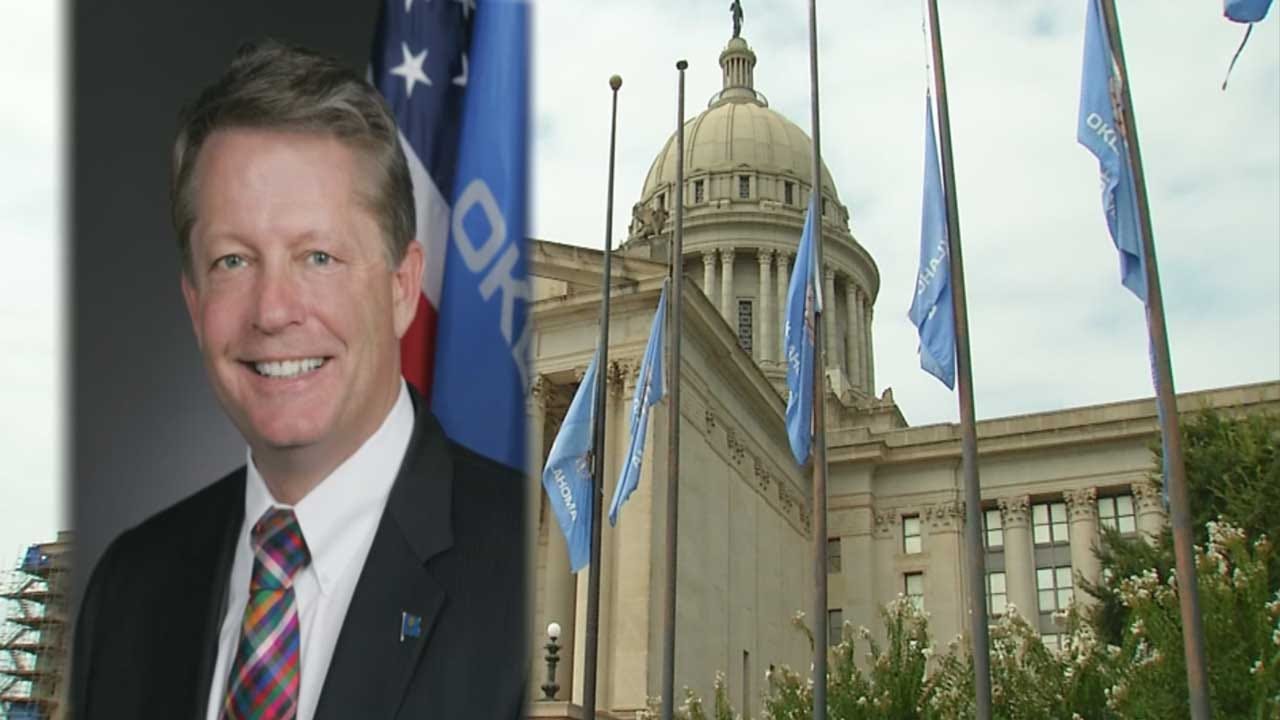 Friends and colleagues have showered the family of Mark Costello with condolences, prayers and fond memories of the commissioner.

They said Costello was dedicated to the community and his public office, but he was more devoted to being a loving husband and father.

Flags are flying at half-staff for the rest of the week for Costello, who was stabbed to death on Sunday.

“Just total shock. It's that, that moment where you hear the news and you think, something isn't right here,” said Father Stephen Hamilton at St. Monica Catholic Church in Edmond. “Somehow this can't really be true."

Hamilton said Costello was a generous man with a servant's heart.

Costello and his wife, Cathy, were at the church just hours before the stabbing.

“Mark and Cathy had just been here Sunday at Mass, earlier that same day, so I saw them and had a brief conversation in the back of church with them,” Hamilton said.

The family has attended St. Monica over the years and their son, Christian, attended in the past.

Christian Costello is accused of killing his father.

Hamilton said Christian Costello had very serious struggles, and Mark and Cathy Costello were always requesting prayers over it.

“It was certainly a great suffering for them, they love all their children and they did what they could do for Christian and tried to be supportive,” Hamilton said.

Hamilton said confusion and anger are common reactions to a tragedy like this, but Mark Costello would tell others to cling to their faith.

Hamilton said there are two gifts to give the Costello family right now - prayers and privacy.