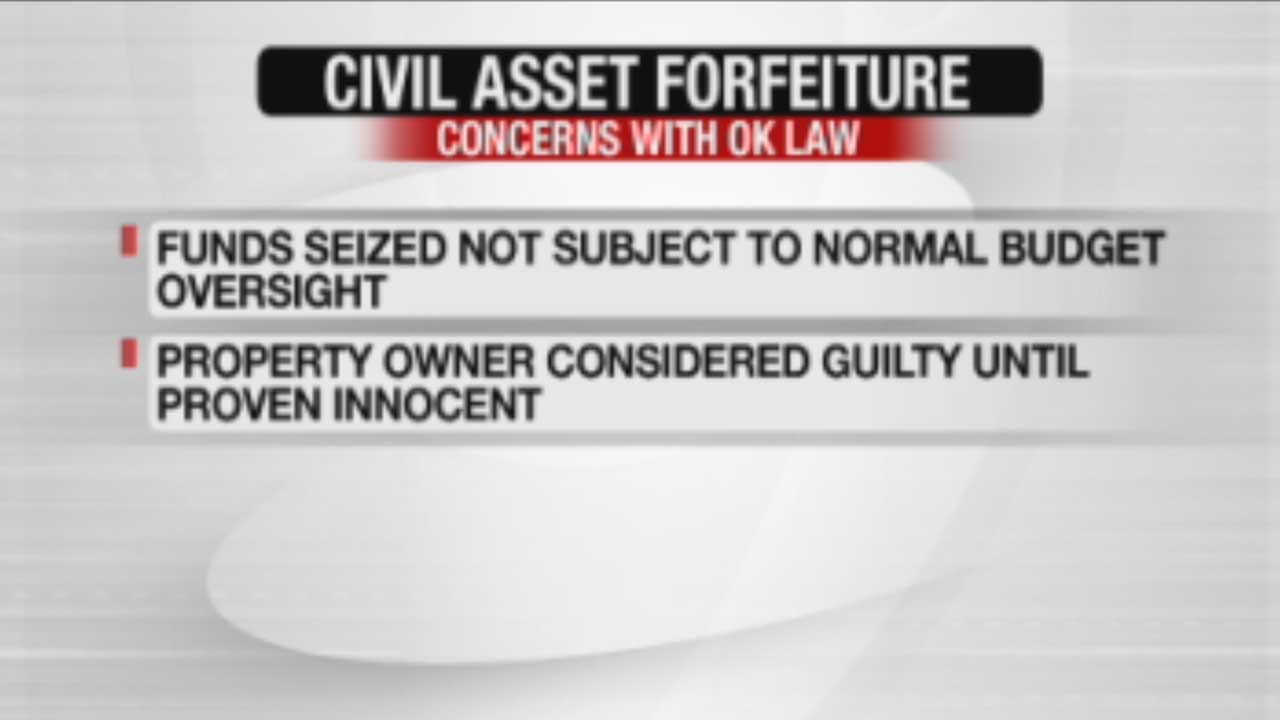 A proposed new law has people on both sides fired up, and the start of the legislative session is still five months away.

Supporters of the legislation say it will keep law enforcement from taking advantage of innocent property owners, while opponents say it will turn Oklahoma into a safe haven for drug cartels.

"This is an issue that's going to be a prominent one next year," said state Sen. Kyle Loveless, R-Oklahoma City, who introduced the bill at the end of last session.

"It is actually the government, in my belief, going too far, and taking property that, come to find out, there are no charges brought and a lot of times there are innocent people involved," Loveless said.

Loveless calls it a miscarriage of justice.

At a hearing on the issue Tuesday at the state Capitol, a wide range of experts testified in support of Loveless's contention. Among their concerns: the funds and property that are seized (millions of dollars each year in Oklahoma) go directly into the coffers of the respective law enforcement agency and are not subject to normal budgeting and appropriations oversight.

Another major concern is that, under the current system, the property owner isn't innocent until proven guilty, they say, but guilty until proven innocent.

"Taxpayers end up having their property taken on a mere suspicion that that property is connected with illicit activity, and then forfeited for law enforcement purposes -- that's a fundamentally unfair system," Heritage Foundation's John Malcolm said.

Malcolm said the process should be much more transparent "and it should be fair."

In a separate hearing on the proposed changes, also held today, but in Tulsa, law enforcement officials continued their drumbeat of criticism of the bill.

"Oklahomans' rights are not being violated by Oklahoma's asset forfeiture laws, and [Loveless's] bill will hinder Oklahoma's prosecutors and law enforcement from targeting drug cartels and criminal street gangs in particular," District 4 District Attorney Mike Fields said in a statement.

Fields and others in law enforcement are offended at the assertion they're abusing the law.