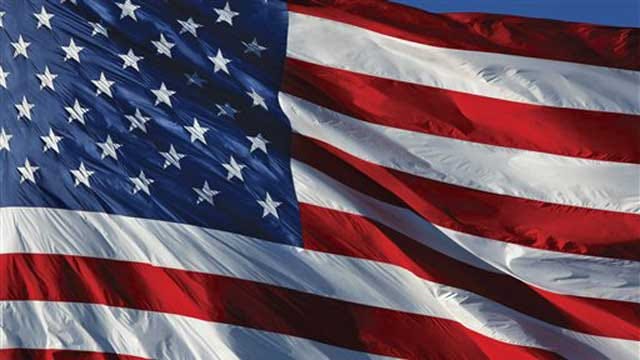 "I saw everything come down and then that plume," recalls Lainie Kitt, who worked very close to the World Trade Center in 2001 and saw the attacks and the towers crumbling from her office window. She fled the area, along with thousands of other survivors, breathing in dust and debris from the toxic cloud that filled the streets of lower Manhattan.

Three weeks afterward, she was back to work near the site and now, 14 years later, she continues to be treated for asthma, reflux disease, anxiety and post-traumatic stress.

"We didn't know how dangerous it was," she told Kenneth Craig of CBS News. "Now we know."

Studies have found that the air around Ground Zero was contaminated with toxins like lead, asbestos, glass fibers and silica after the attacks. Many who lived, worked or attended school in the area continued their daily routines after officials said, at the time, that the air was safe.

A study by Mt. Sinai Medical Center showed that respiratory problems and mental health difficulties are widespread among rescue and recovery workers. A different study from Albert Einstein College of Medicine and Montefiore Medical Center showed that autoimmune disorders like forms of arthritis were also common among responders. Some cancers have also been linked to the disaster.

Many survivors face similar health problems, and some deaths years later have been linked to the exposure. In 2007, Felician Dunn-Jones, who died in 2002 from health complications caused by the dust, became the first to be added to the official list of 9/11 victims.

"This population was often being forgotten in terms of their World Trade exposures," Dr. Joan Reibman, medical director of HHC World Trade Center Environmental Health Center, told CBS News. "Or they often felt like they were not the heroes, the first responders were the heroes, and therefore not deserving of care."

Survivors may receive less care as a result. Reibman noted that unlike trained emergency first responders, civilians were unprepared for the psychological stresses of such a traumatic event, so they may be at higher risk for mental health consequences.

"This is an exposure they were not trained to handle," she said.

The James Zadroga 9/11 Health and Compensation Act -- named for an NYPD officer who died of respiratory disease -- was passed by Congress in 2010 to help provide care for survivors' medical problems. In 2012, the CDC began the World Trade Center health program, granted $1.5 billion over five years to treat and monitor about 40,000 people who worked in the area during and following the disaster, including survivors who were not responders. The program includes treatment for respiratory problems like lung disease, asthma and chronic cough, mental disorders, and cancers including lung, breast, colon and leukemia and lymphoma.

Kitt says she's receiving help now and hopes others will, as well. "I feel a lot better than I did seven years ago, or eight years ago," she said. "There's a way to get better and I got better."