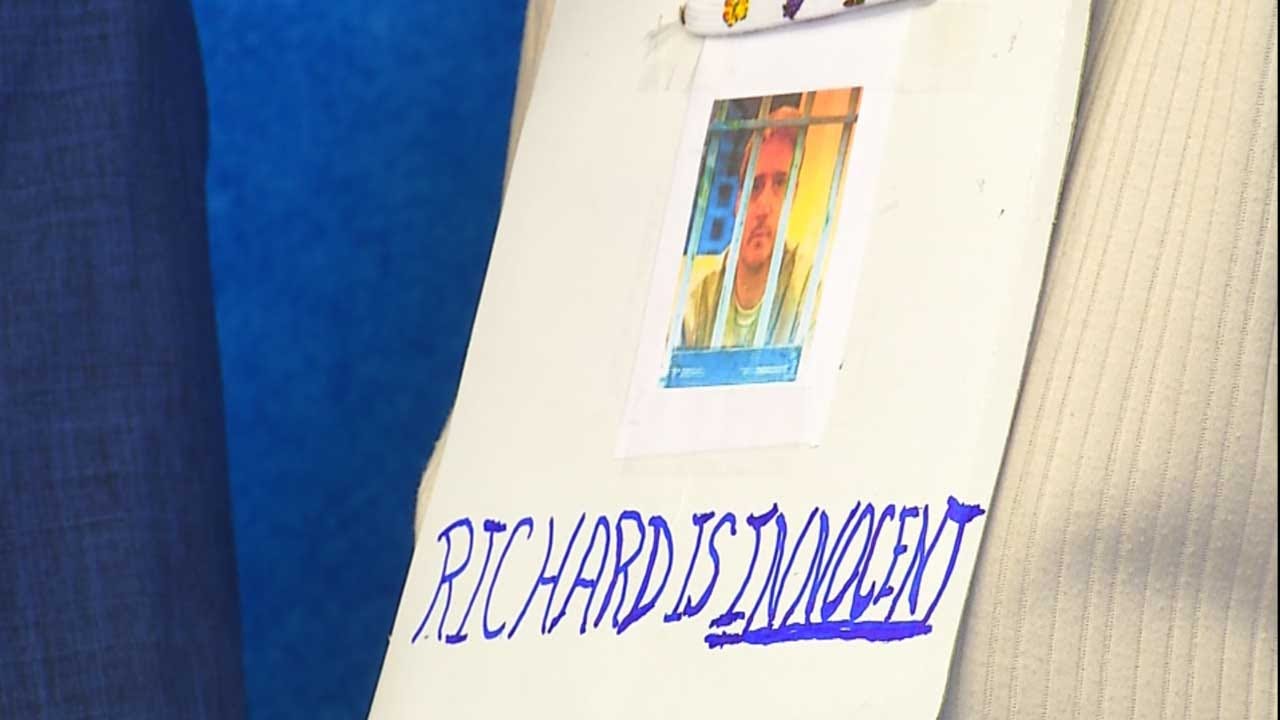 Time is running out for death row inmate Richard Glossip. Late Tuesday afternoon, Gov. Mary Fallin said she will not grant Glossip a stay of execution.

“After carefully reviewing the facts of this case multiple times, I see no reason to cast doubt on the guilty verdict reached by the jury or to delay Glossip’s sentence of death,” Fallin said in a statement.

Tuesday, Glossip, speaking from his death row cell, said he was surprised the governor didn't grant a stay, in light of the new evidence his attorneys presented Monday, but is saying he's not giving up.

“I’ve made peace with everything, I forgive everyone who had their hand in this,” Glossip said. “Ultimately, it all comes out.”

With his execution less than 24 hours away, Glossip will spend the rest of the day talking on the phone to family and supporters. Tuesday evening, he'll have his last meal and meet with Sister Helen Prejean and a close friend. Still, he's remaining positive and hopeful.

“Just because they’re doing this to me doesn’t mean I’m going to let them take what little bit of life I have left,” Glossip said.

Just before 5 p.m. Tuesday, Glossip’s attorneys filed the appeal with the Oklahoma Court of Criminal Appeals. It's their last avenue to stop the execution. The court can grant an indefinite stay.

“My main goal is to make sure everyone knows I’m innocent, no matter what the outcome of this was, now everyone knows," Glossip said.

Glossip's case has received international attention. His support has grown to include Hollywood celebrities and Oklahoma royalty, including Barry Switzer, in addition to 270,000 people who signed an online petition to save him.

“I just want people to continue this fight and not stop it no matter what happens. And just keep making as much noise as possible until somebody finally listens," he said.