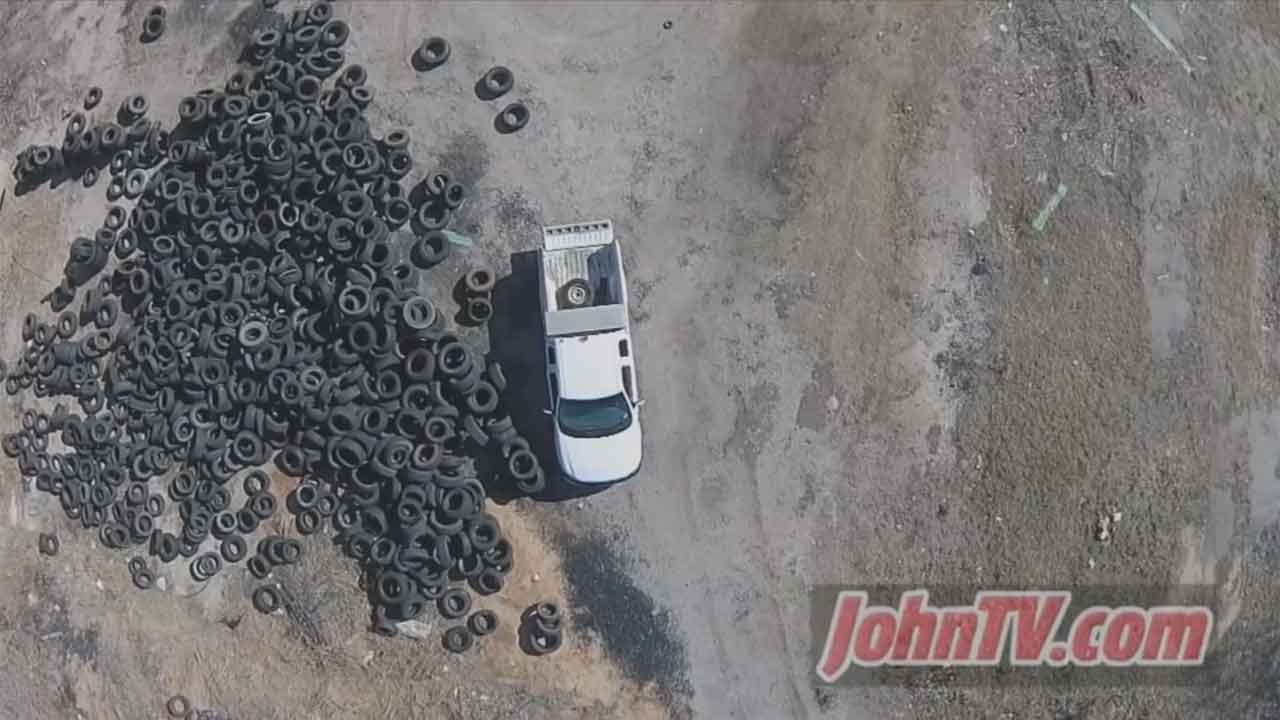 An Oklahoma City man is using a drone to help fight crime.

"There was a vehicle that had stopped and picked up a female that I knew to be a prostitute, " said Bates.

Bates explained, as he often does, he pulled out his camcorder and followed the car to a tire dump off South Robinson.

"I've actually caught several people on this piece of property."

This time, he decided to implement a different strategy.

"I was fully prepared to just use my camcorder, but it appeared she was being followed by her pimp," Bates said as a safety precaution, he took the unprecedented step of deploying a drone to get evidence of the alleged crime.

He lowered his drone over the car and captured more than he expected.

"It got footage, that otherwise, I don’t think I would've gotten," Bates explained. "They were parked in an area where they could've seen any one walking up on them."

Bates says his drone captured video of Amanda Zollicoffer and Douglas Blansett having sex. Bates turned the video to authorities.

Oklahoma County Prosecutors charged both of them with engaging in lewd acts.

"So, really the drone became the witness to the act that was going on," said Bates.

It's one of the first cases to rely on drone footage to prosecute someone in a prostitution related crime.

Prosecutors say law enforcement doesn't generally use drones because of the extra legal hurdles they face.

"The use of drones by law enforcement and civilians alike is an emerging area of the law," said First Assistant District Attorney Scott Rowland.

Rowland explained when law enforcement use drones there are circumstances where a search warrant would be required.

"When a civilian uses a drone and then provides the video to law enforcement, there are no search and seizure or other Constitutional issues, because the Constitution does not protect against the actions of private persons--only government actors." said Rowland.

Since the rules are different for private citizens, Bates says he will not hesitate to safely use a drone in the future, but it’s always a last resort.

"It was a very safe way to gather the evidence that was needed; however, I wouldn’t set my expectation level that everyone I catch now is going to be on a drone."