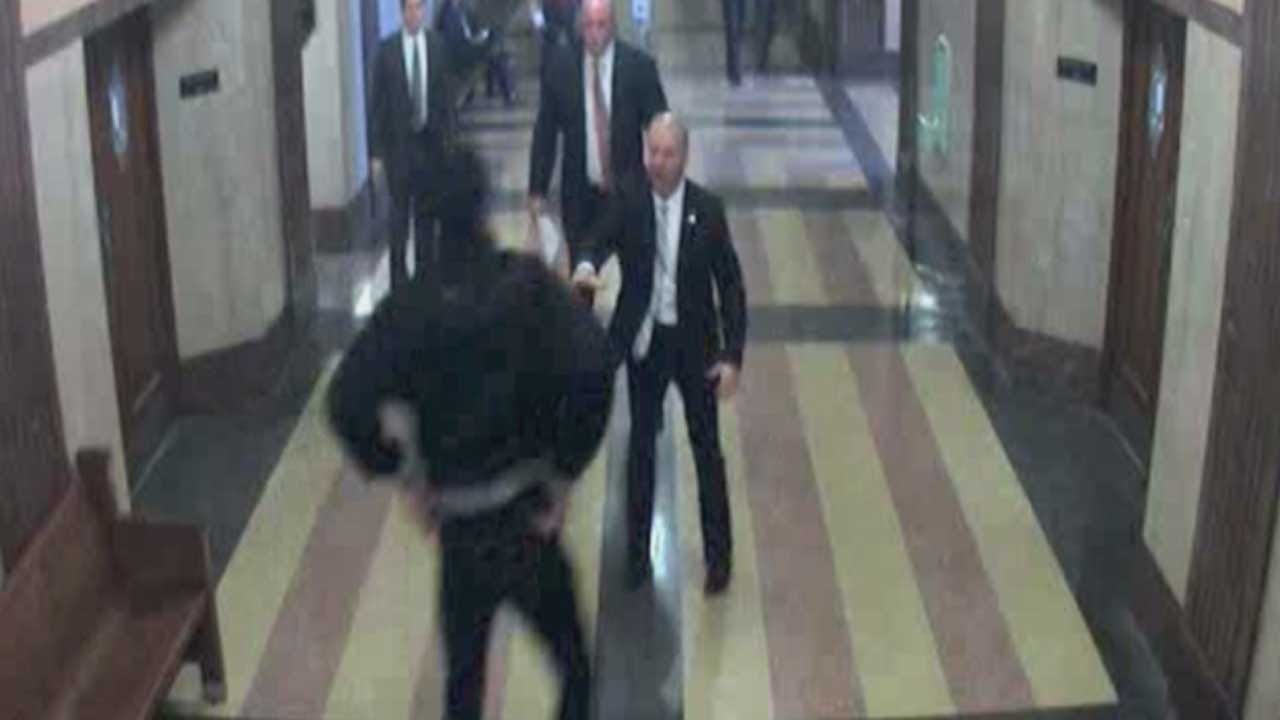 Surveillance cameras at the Oklahoma County courthouse captured video of a defendant trying to escape from deputies, but ended up tackled to the ground by the district attorney himself along with several other lawyers.

The defendant was Israel Pointer, 19, who is currently charged with one count of possession of a firearm and one count of robbery with a firearm.

Pointer had a trial set for Dec. 7 but he missed the Friday call docket.

So when he showed up for his trial,  Pointer was told his bond had been revoked, and he was heading back to jail. That's when he bolted out of the courtroom, and the district attorney and several lawyers happened to be at the right place at the right time.

“You know, working in this courthouse is like being in the wild west,” Oklahoma County district attorney David Prater said. “You just never know what is going to happen.”

Prater has seen it all during his time at the Oklahoma County courthouse, but he's never taken down a defendant quite like this.

“Just stepped in just did what I needed to do,” he said.

Surveillance cameras at the courthouse caught Pointer trying to give the deputies the slip up on the 7th floor.

The video shows the deputies had him cornered by the jail elevator, but he refused to go peacefully. Instead, he spun around to avoid the handcuffs and darted for the hallway once more.

Jail deputies cornered him once more near some offices, but he again gave them the slip.

That’s when Pointer encountered Prater along with a very tall, very large defense attorney named Richard Anderson. They heard the commotion and were there as Pointer tried to run towards the courthouse elevators.

But Prater and several other attorneys managed to stop Pointer in his tracks and they tackled him to the ground.

“It worked out very well,” Prater said. “We had enough people to assist in taking him down. We got on top of him, no one got hurt. He didn't get hurt, but he sure enough was trying to get away. I mean, he didn't want to go back into custody.”

Before Prater became a lawyer, he was an officer with the Norman Police Department. So, he knew just how to take the suspect down, using a leg swipe and all.

Pointer's next court date is Wednesday and he is being held without bond.