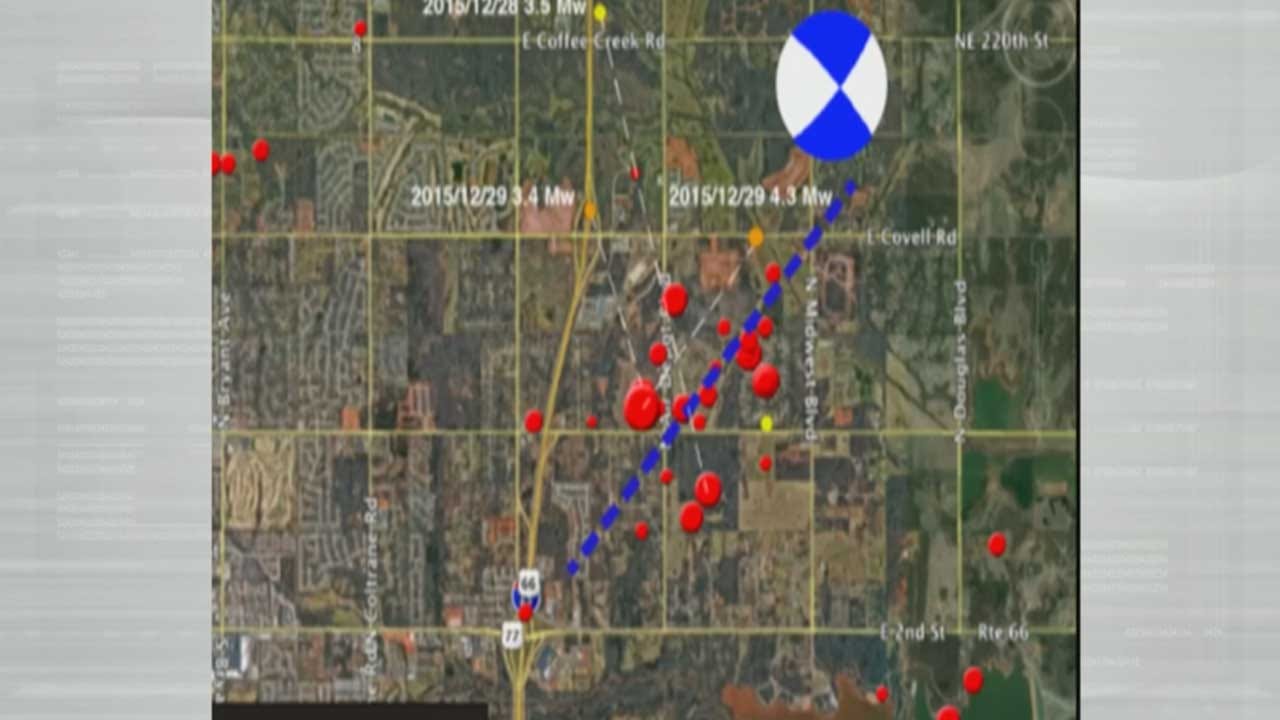 The earth continued to shake Wednesday in Edmond with another aftershock to Tuesday morning's 4.3-magnitude earthquake.

But a USGS seismologist now says more big earthquakes, magnitude 4.0 or even much larger in the same area are likely.

Things started shaking at Covell Wine and Liquor around 5:40 a.m. Tuesday with that magnitude 4.3 earthquake and has been rattling nerves ever since.

“I was here all day and I felt the aftershocks,” said owner Stephanie Sanders. “The whole building would shake and you could hear them rattling and it was nerve racking for sure.”

But this may not be the end of it.

“When we see these magnitude 4's we get concerned that additional earthquakes could occur,” McNamara said.

McNamara said in the past, once a fault is activated in Oklahoma it can produce multiple magnitude 4.0 earthquakes or larger. Larger, because of the type of fault that runs through Oklahoma, called a strike slip fault.

“They have been shown to produce up to Mag. 5.6 and in a few studies we have done at the USGS, we have shown that some of these faults could host earthquakes as big as Mag 6,” said McNamara.

That's especially concerning in this case since the fault runs right though a highly populated area.

Staff at the Oklahoma Corporation Commission are working to take action on the Edmond earthquake.

In the past, the OCC had limited capacity on surrounding disposal wells.

McNamara said that seems to have worked and he believes it could in this case as well.

“I wouldn’t be surprised to see another 4 but if they do limit disposal it will probably just stay at that level,” he said.

That would be welcome news for the Sanders and her husband who were fortunate this time.

“I just worry that there will be a bigger one that will cause a lot of damage,” she said.

There have been five aftershocks following Tuesday’s earthquake including a 3.0-magnitude Wednesday afternoon.

12/30/2015 Related Story: Edmond Continues To Be Jolted By Aftershocks