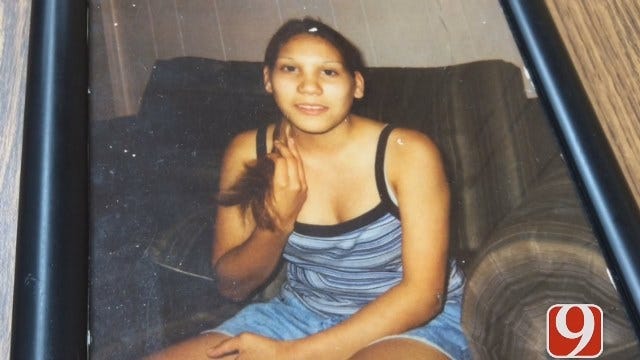 Motivated by the mystery surrounding his baby sister's disappearance, Virgil Curtis is taking college classes in Weatherford at the age 37.

“It’s been a long, agonizing 16 years,” Curtis said. “All the sleepless nights and the hurt, thinking about her, where she went, who's got her.”

Curtis said he went back to school, hoping an education would help his family find out what happened to 16-year-old Regina Curtis in May 2000.

Police said that was when she was first reported as a runaway.

Investigators sent out flyers with clay model renderings in hopes of identifying the remains.

Then in December 2002, the first sample of remains was to the University of North Texas for DNA analysis. A second sample was submitted in 2005.

In August 2006, police said the Curtis family gave their own DNA for comparison.

A composite drawing was dispersed in 2010, police said. Tips from the family led police to believe the remains belonged to Regina, but they could not confirm that without the DNA confirmation.

But police said it wasn't until this year a DNA match was made at the facility in Texas, allowing police to make the notifications.

“It was a sense of relief, a sense of like a weight has been taken off me,” Curtis said.

But the sense of relief, he said, quickly turned to anger. He wondered why it took so long to find this out.

“It’s been a long case for the family, heartbreaking for all us involved, very difficult for this detective who kept this case the entire time for 16 years. And we did everything that we could at the time with the evidence that we had and with the technology that we had during that time to try to positively identify this victim. It is our hope that finally now they have at least a little bit of closure,” Oklahoma City police Capt. Paco Balderrama said.

Police continue to investigate the apparent delay in the identification process.

This statement was released by a spokesperson for the University of North Texas DNA database:

“Last year our Center for Human Identification was asked to re-examine the genetic association between some skeletal remains and the family members of Regina Curtis. The genetic results were inconclusive because the skeletal remains did not yield sufficient genetic data.

Our mission is to help families who are missing loved ones. By assisting with DNA identifications in missing person and unidentified remains cases from across the nation, we hope to provide a measure of peace and solace to those families. We strive to do so as quickly as scientific technology and processes permit.”

Regina will be laid to rest this weekend in Seiling, Oklahoma. Then, Curtis said searching will begin for the suspect in what is now a homicide case.

“I know she was murdered now. I know she was killed and dumped out there and that hasn't even processed all the way just yet,” he said. “It may take years before we find out who did this to her but we are going to keep trying, keep looking.”