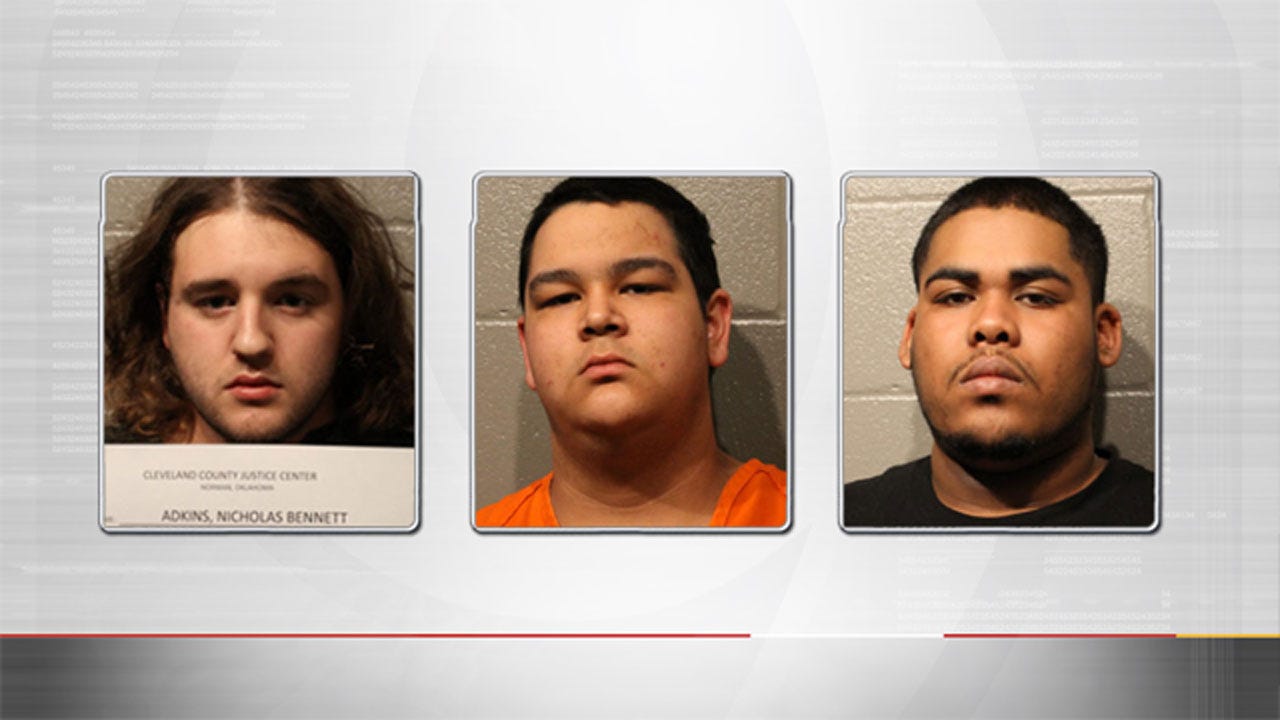 A third suspect connected to a February home invasion that left another suspect dead was captured Thursday night at a Shawnee motel, according to the Cleveland County Sheriff's office.

As of Thursday, three people, including two juveniles, have been arrested on complaints relating to the home invasion that happened February 13, in the 1000 block of 192nd Ave NE. When officers arrived at the scene that night, they learned the crime was committed by multiple suspects including Derek Seth Stewart, 18, of McAlester. Stewart was killed during the incident.

Both were booked in CCDC Thursday morning on complaints of first-degree murder, first-degree burglary, using offensive weapon in felony and discharging firearm into dwelling, according to the Sheriff's office.

Investigators served search warrants at homes in Shawnee and Tecumseh Wednesday night and recovered evidence linked to the home invasion. Detectives said Friday morning that the investigation continues and more arrests are possible.

Investigators urge anyone who has information about the crime to call the CCSO tip line at (405) 701-8870, Crime Stoppers at (405) 701-8872, or people may send anonymous tips using the Cleveland County Sheriff’s Office mobile app. Callers may remain anonymous.