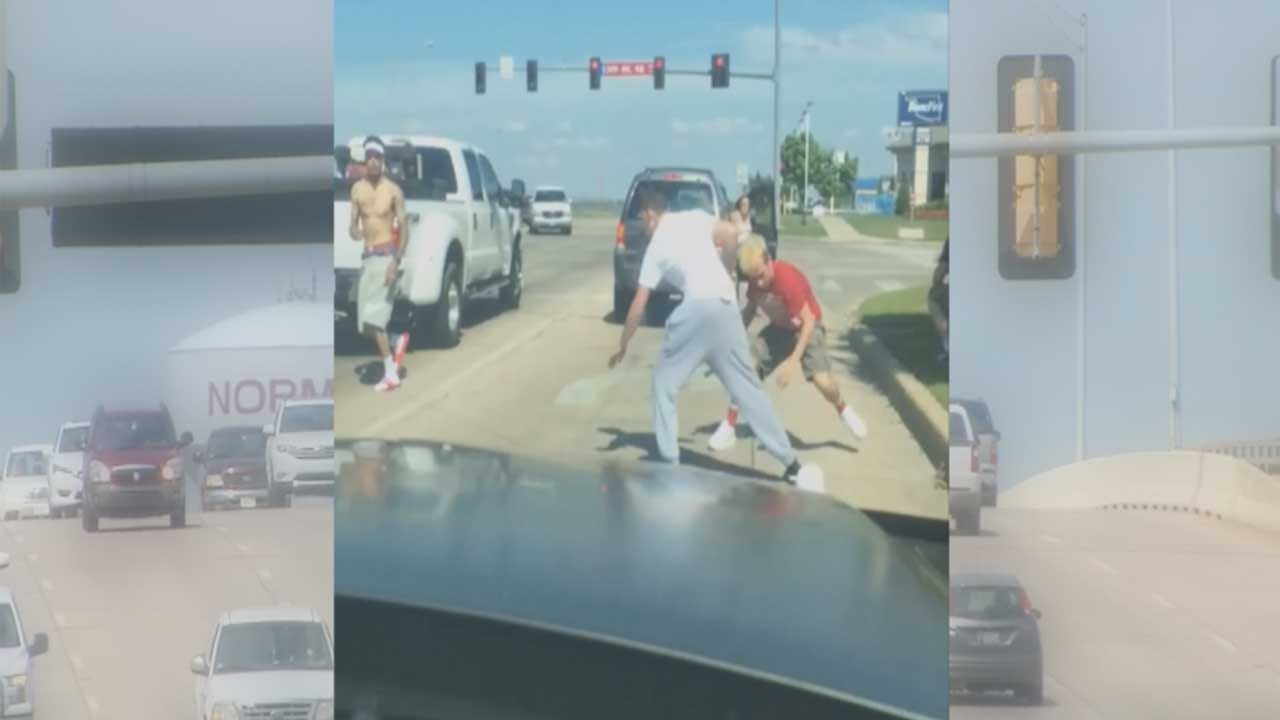 Arrest warrants have been issued for three suspects believed to be involved in a road rage incident in Norman that left one man seriously injured.

The victim, Nick Dee, told News 9 on Monday that he was driving home with his stepdaughter when he saw the men harassing a woman at the stoplight. He said the men were yelling obscenities and throwing items at her vehicle. When Dee honked his horn to get them to stop, he said the men turned on him.

Police say all of the men are facing felony counts of Assault and Battery with a Dangerous Weapon. If you have information regarding their whereabouts, contact police immediately.