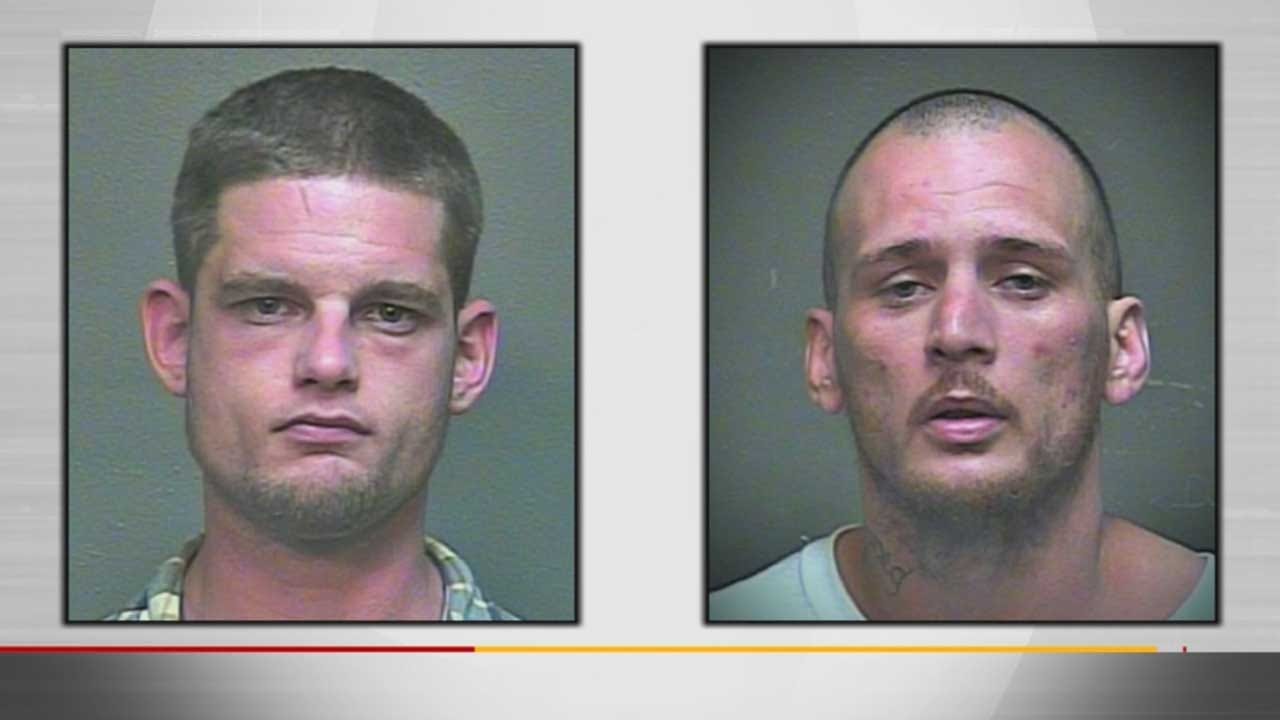 Alert pawn shop employees helped take down a pack of alleged gun thieves. Police said the suspects may have been involved in a home burglary in Choctaw April 29, involving as many as 30 stolen guns.

Steve Cupit is a former OKC Police officer, who’s owned Steve’s Pawn Shop on S.W. 29th Street for 36 years. On Friday April 29, police said Wesley Weiss and Bradley Bishop pawned an expensive pair of firearms at Steve’s store. However, Oklahoma City Police learned those weapons were two of the 30 or so firearms that were reported stolen from a home in Choctaw.

“You don’t want stolen guns in the hands of anybody,” Steve Cupit said. “You know, especially stolen guns.”

All three suspects and alleged female accomplice were taken into police custody.