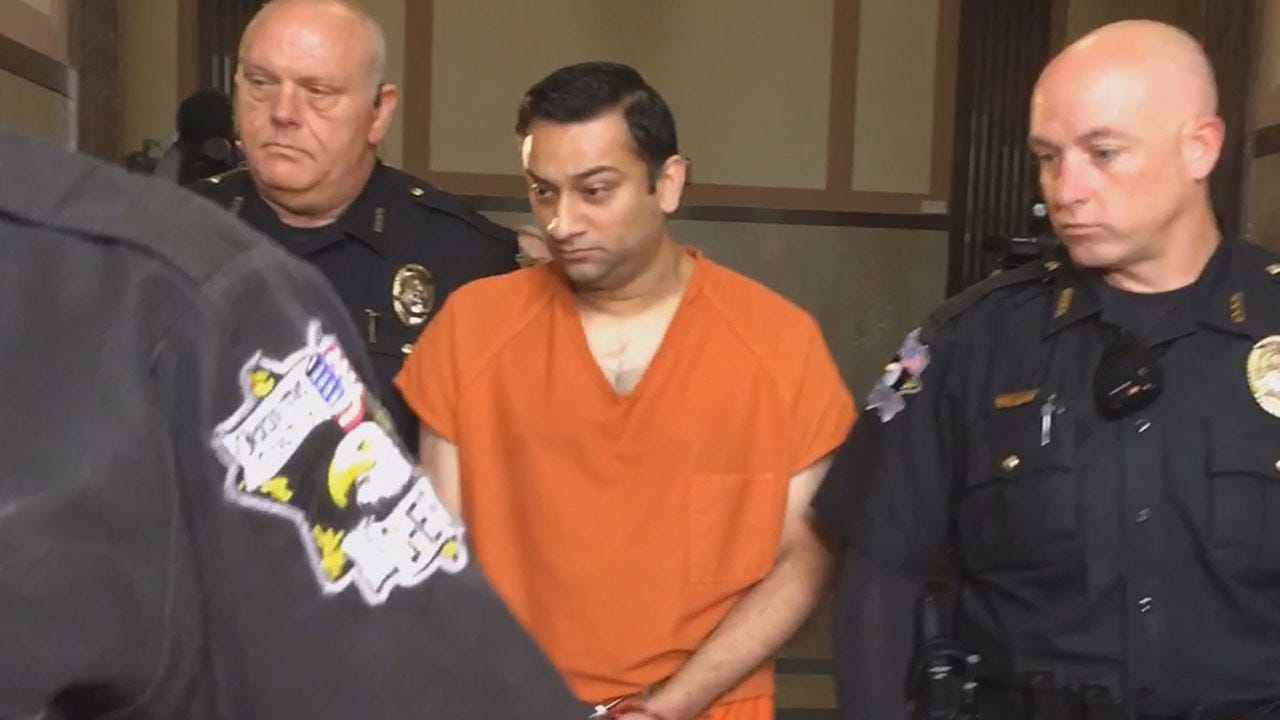 On Friday morning, the Oklahoma Board of Dentistry voted unanimously for an emergency temporary suspension to be placed on Bert Franklin's dental license.

Suspension papers were served to Franklin, who remains locked up at the Oklahoma County jail.  And the temporary suspension is not based on the murder charge he is facing, but on dozens of patient complaints the board has received.

The Oklahoma Board of Dentistry listened to claim after claim of how Franklin performed faulty dental work, allowed his unlicensed dental assistant to do unsupervised procedures, and how he reportedly gave drugs to patients who had no treatment plan in place.

“It is very shocking to see,” said Dr. James Sparks, President of the Board of Dentistry. “It makes us all look bad.”

The documents also allege a patient who was supposed to be under nitrous oxide during a procedure was still awake and heard Franklin and his assistant saying "filthy sexual things" to each other all while he was being treated in the dental chair.

Franklin is also accused of asking one of his patients if he could borrow some money for a piece of dental equipment, and then charged a total of $80,000 to her credit card.

“Every patient should go in with a comfort and belief that they are safe. And for him to take advantage of a person in that manner is completely unacceptable,” said Board of Dentistry Executive Director, Susan Rogers.

Rogers says they began investigating Franklin and his Signature Smiles practice back in February of this year, but since he was arrested for the murder, their phones have been ringing off the hook.

“This is a very unusual case. We have a dentist that is charged with First-Degree Murder, which is very serious,” said Rogers. “In the last three days we have received multiple phone calls we still have 20 individuals we still need to go interview.”

News 9 has also learned that Franklin’s dental assistant was also charged with impersonating a dentist in Tulsa County and is currently out on bond.

“The allegations that have come forth the last two days have actually been much more horrific than the original charges,” said Rogers. “To the point that we are obviously very concerned and we are following through with every person who contacts us to legitimize their complaint and see if its valid or not.”

Franklin does have a right to a full hearing, but he can't do that while he is in jail facing the murder charge. News 9 has learned he is now also facing two counts of obtaining money by fraud in Tulsa County.

News 9 spoke with Franklin's attorney about the hearing and the additional charges, and he said Franklin has much bigger worries to deal with right now.

State Board of Dentistry has received multiple additional complaints on #BertFranklin dental practice and continue to investigate. @NEWS9

#BertFranklin now facing 2 felony counts of obtaining money by fraud in Tulsa County in addition to the murder charge in Ok Co. @NEWS9

#BertFranklin now facing 2 felony counts of obtaining money by fraud in Tulsa County in addition to the murder charge in Ok Co. @NEWS9

The Oklahoma Board of Dentistry voted unanimously Friday to place an emergency temporary suspension on Bert Franklin's dental license.