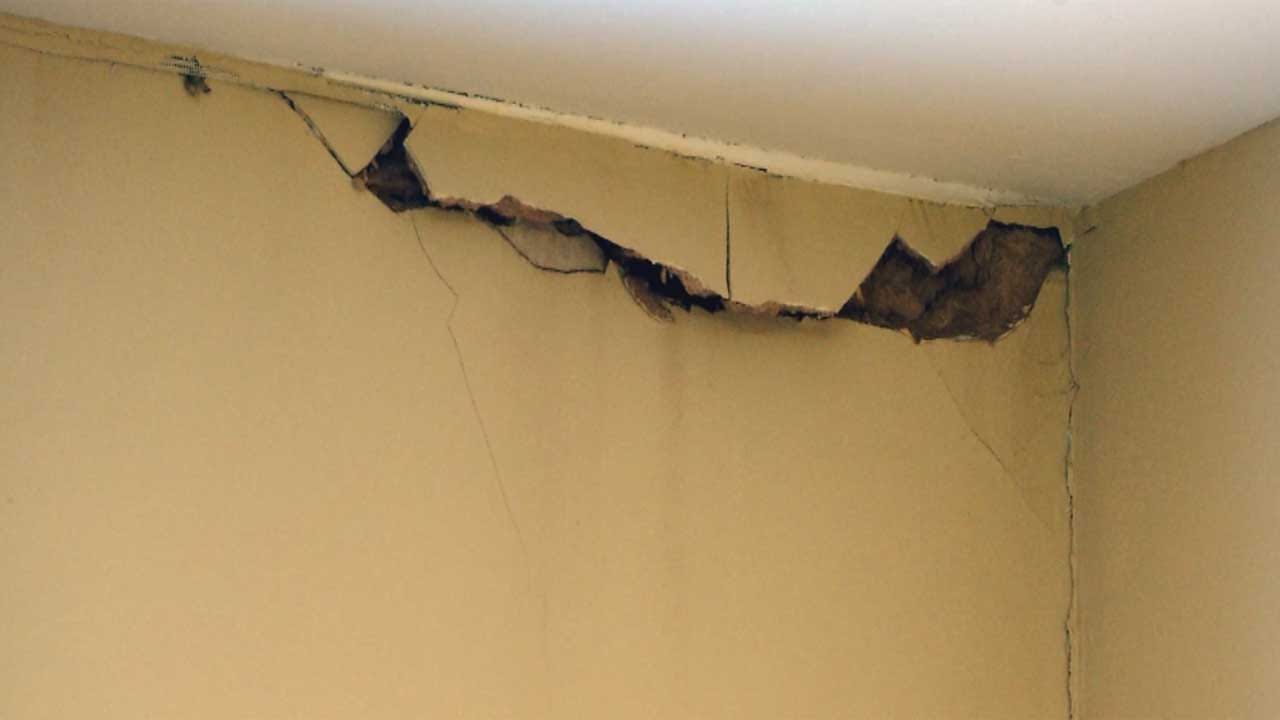 Since small ones strike so often, Andrew KnifeChief with the Pawnee Nation said they know how to search for even minor earthquake damage.

After Saturday morning's 5.6 magnitude event, he said it was easy to find because it was everywhere.

The violent shaking showered the floors with dust and building materials and gave walls gashes where they meet the ceilings and windows. But it could've been much worse, KnifeChief said, had the earthquake rattled their workplace on a weekday.

“I’m afraid of what would have happened had these buildings been occupied when this magnitude of earthquake hit,” he added.

The buildings were built in the '10s, '20s and '30s, and now they're used for the tribal college and the nation's administration.

“Some of our services will be available, but the bulk of them will not be available for some time,” KnifeChief explained.

A meeting will be held Tuesday to make those determinations.

On Monday, a structural engineer determined all seven of the historic buildings at their headquarters have integrity.

But the work to figure out how it will all be fixed, how it will be paid for, and how the nation will operate in the meantime has just begun.

“We’re not in a hurry to put anybody’s lives in jeopardy before they’re completely fixed and rehabbed,” he said.