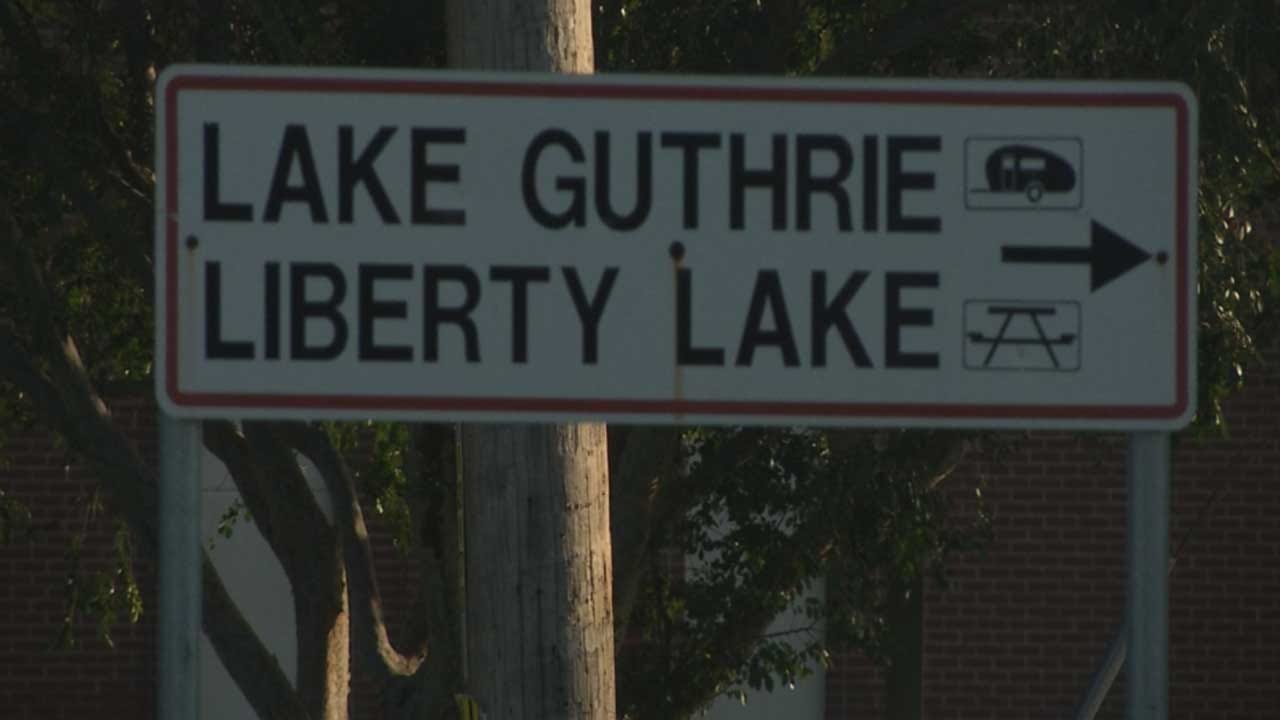 Alexis Steele, 19, and her 8-month-old daughter Ruby have only been in Guthrie for three months and for nearly the entire time when she's turned on her tap something hasn't been right.

“The water started smelling funny, you turn on the shower it smells like sewage. You go to make a glass of water and it smells like dirt,” Steele said.

Now people like her nieces and nephews are getting sick, and she says things got even worse after the city switched the water supply from lake Guthrie to nearby Liberty Lake three weeks ago. So, Steele has moved to drinking bottled water.

“That's out of pocket cost. We're still having to pay our water bills but we can't use it, I mean, it's making us sick,” she said.

But switching to bottle water doesn’t get rid of the problems. Steele said she has worries about washing her dishes and taking showers. She even said her hair has started falling out in “clumps” since the water problems began.

“We've got people that are vomiting, people that have diarrhea, headaches fever,” She said.

In a statement, the Guthrie city manager said the taste and smell of the water is from the lakes naturally "turning over." Thursday afternoon, the Department of Environmental quality said the city is in compliance with standards.

But Steele wants more from city officials who, she said, have tried to sweep this problem under the rug.

“Why isn't it going back to normal,” she asked. “Why aren't they figuring out another solution to it?”

The city manager has also said Guthrie will be monitoring the water quality daily moving forward. Steele also plans on attending the next city council meeting in two weeks to voice her concerns if the problems aren’t solved.