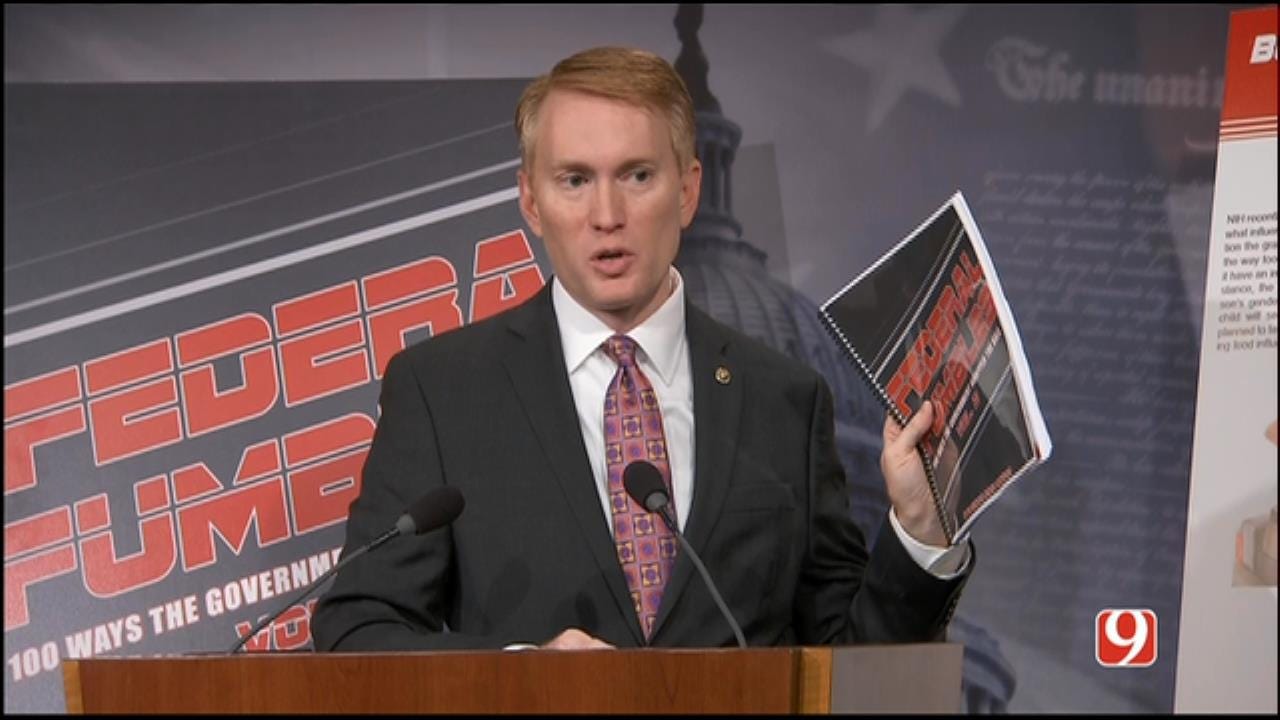 It's become a tradition among Oklahoma members of Congress to point out, and try to stop, government waste, and today the tradition continued.

In his second annual "Federal Fumbles" report, U.S. Sen. James Lankford details 100 examples of what he and his staff feel are inefficient uses of federal tax dollars, or ways that Washington has "dropped the ball."

At the news conference, Lankford outlined his general concerns regarding government spending, saying there are four primary areas where more oversight is needed: federal grants, federal regulations, agency bureaucracy, and lack of coordination between agencies.

Lankford said this is not about targeting Democrats or Republicans or any particular administration.

"Bureaucracy and waste is the same, whether it's a Republican or a Democrat," said Lankford. "There will always be waste, just based on the size of government and it will always demand oversight."

Some examples of alleged waste in the report:

In total, the report cites $247 billion in federal spending that Lankford thinks could have been better spent. For each example, there is also a proposed solution.

"If we put every one of these [solutions] things into place, we still haven't solved the deficit," Lankford stated, "so this is a long term issue, over multiple years, but we've got to find some areas of agreement."

With the national debt now at $19.5 trillion, Lankford says this is something that cannot be ignored.