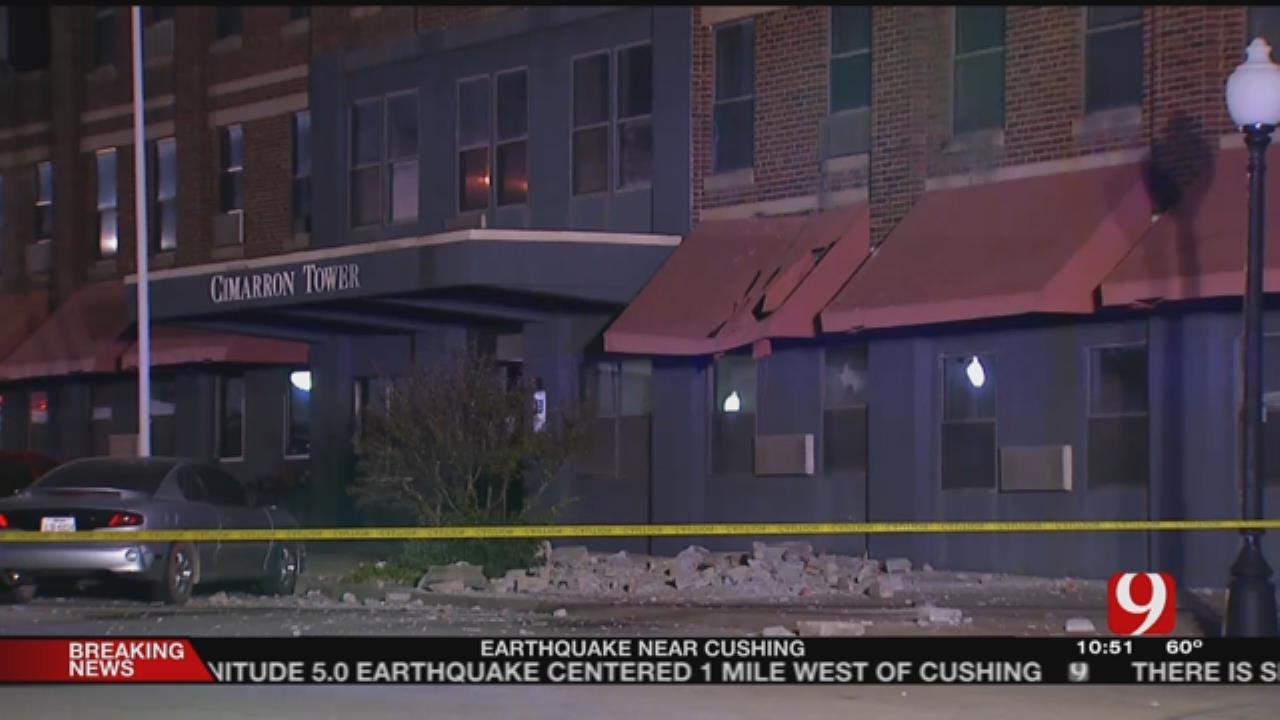 Perhaps there's nowhere else as deeply associated with the oil industry as Cushing, Oklahoma, but now, many residents there are suing several oil companies, claiming they are responsible for that recent 5.0 earthquake.

One month later, the evidence of that 5.0-magnitude earthquake is still everywhere you look in downtown Cushing, including David Reid's home and business below.

“This building was created in '22 and for just a little capsule of this building’s life I get to be the steward. I take it pretty seriously. I take good care of it, I’ve invested in it, I don’t want to see anybody else damage it,” Reid said.

He's the lead plaintiff in a class action lawsuit against a handful of oil companies that have wastewater injection wells near Cushing.

“There’s nobody that doesn’t know that here may be a chance that this activity could be causing earthquakes,” he said. “To cause beautiful and stately historic buildings to never be the same. They know that they’re doing this, it’s legal but it’s not right.”

“What we’re wanting the oil and gas industry to be is good neighbors,” said the attorney in the case, Scott Poynter. “If my son throws a ball through a window of a neighbor’s home, I’m going to pay for that window.”

Poynter also filed similar lawsuits in Prague and Pawnee that will likely include thousands of Oklahomans who have had damages because of recent earthquakes.

“We should not have to prove negligence, just prove they were involved in an ultra-hazardous activity that caused damage,” he said.

News 9 reached out to all the oil companies named in the lawsuit, but has not heard back from any of them.

Poynter said if anyone is interested in joining the lawsuit to go to http://www.stopthequakes.com.