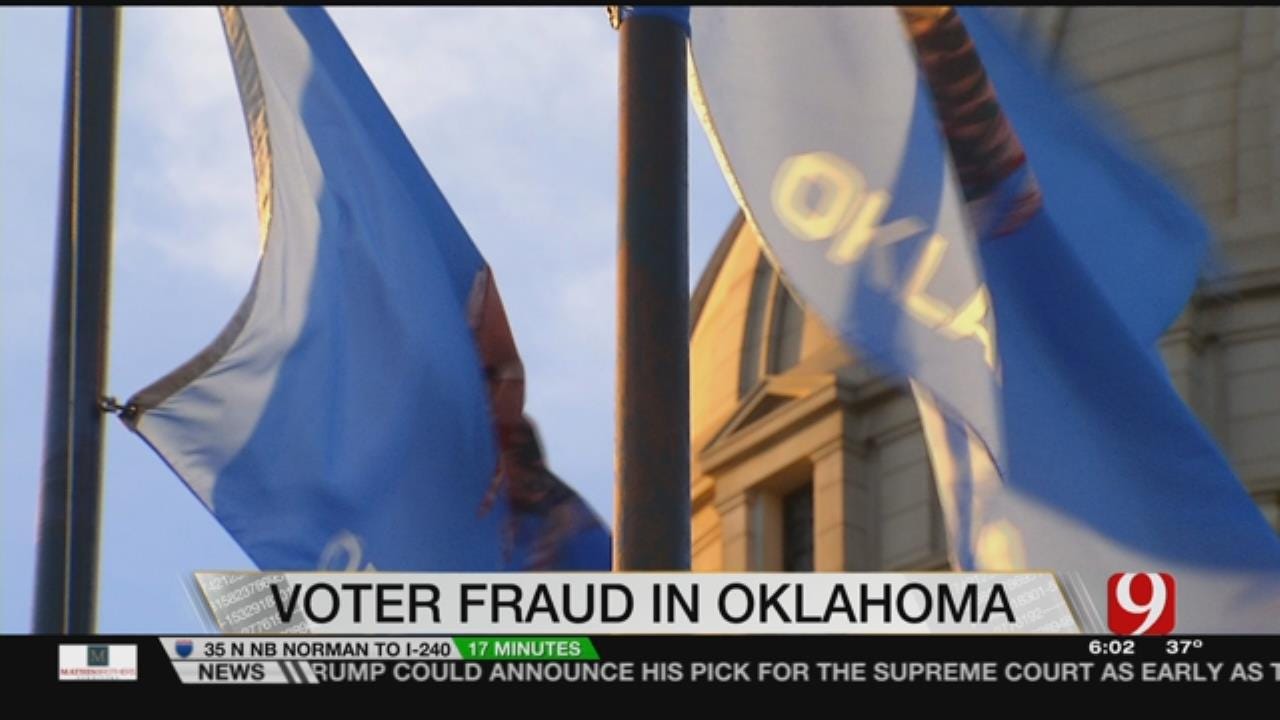 President Trump has asked for a full investigation into voter fraud. Without citing any evidence, the President claims at least 3,000,000 votes were illegal in this past election. But is voter fraud an issue in Oklahoma?

While you must show your ID or your voter card on election day, there are also provisions in place that specifically address the president's claims.

“When you look at the people that are registered," said President Trump in an interview, "dead, illegal, and two states and some cases maybe three states. We have a lot to look into.”

Not only is Oklahoma looking into those cases, state election officials feel our system prevents those cases. Every month, State Election Board secretary Paul Ziriax works with the state health department to match death records with registered voters. In December alone, over 1,300 deceased voters were removed from the database.

"If it's an exact match, then by law we have to remove those," said Ziriax.

To prevent voters registered in multiple states, there's an address confirmation process where the voter must respond.

"And that's for someone that may slip through the cracks for example if they moved out of state, didn't let anyone know. It's a way to make sure those voters get removed."

Despite the provisions Ziriax admits voter fraud does exist. Out of the more than 1.4 million votes cast in the last two years, only 10-20 cases of voter fraud have been reported. Ziriax says most cases are the result of an elderly person voting absentee, forgetting, and trying to vote a second time.

But if the federal investigation uncovers wide spread and malicious voter fraud, Ziriax will welcome some changes.

"Any voter fraud is too much, just like any attempt to deny someone the legal right to vote. If that happens once, that's once too often," said Ziriax.

Voter fraud is a felony in Oklahoma. The punishment is up to 5 years in prison and/or a $50,000 fine.