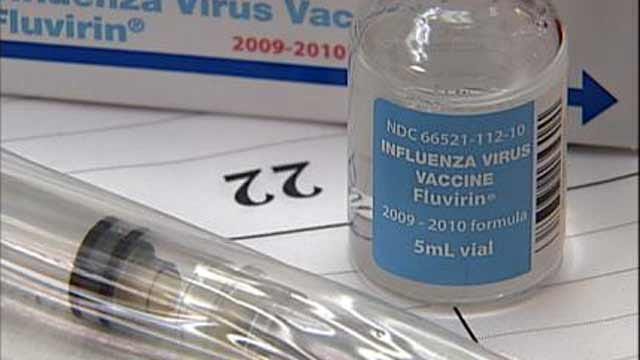 “We’re happy” so far this year, said Dr. Alicia Fry, a flu expert at the Centers for Disease Control and Prevention.

The flu vaccine is changed each year based on the best guess at which three or four strains will be the biggest problem for the next season. The current vaccine is a good match, and includes a strain of Type A H3N2 flu virus that is causing most illnesses.

That wasn’t the case with the vaccine two years ago when the same bug dominated and caused a very bad flu season.

Flu usually peaks in midwinter. Cases are escalating in some parts of the country, like the Midwest, but already receding in others, like the Northwest.

CBS News chief medical correspondent Jonathan LaPook reported on Feb. 10 that Missouri was one of 23 states with high activity this season. In Illinois, there was an uptick in flu activity at the beginning of the month.

Flu shots are recommended for virtually all Americans age 6 months or older. Health officials were worried that fewer kids would get vaccinated this season after they stopped endorsing a popular nasal spray version. Research showed it didn’t work well for another common type of flu. But vaccination rates for kids by November were about the same as the year before, Fry said.

Among infectious diseases, flu is considered one of the U.S.’s leading killers. CDC estimates suggest that in an average year, about 35,000 Americans die from flu-related causes. The CDC calculates effectiveness from a sample of flu tests done in five states.