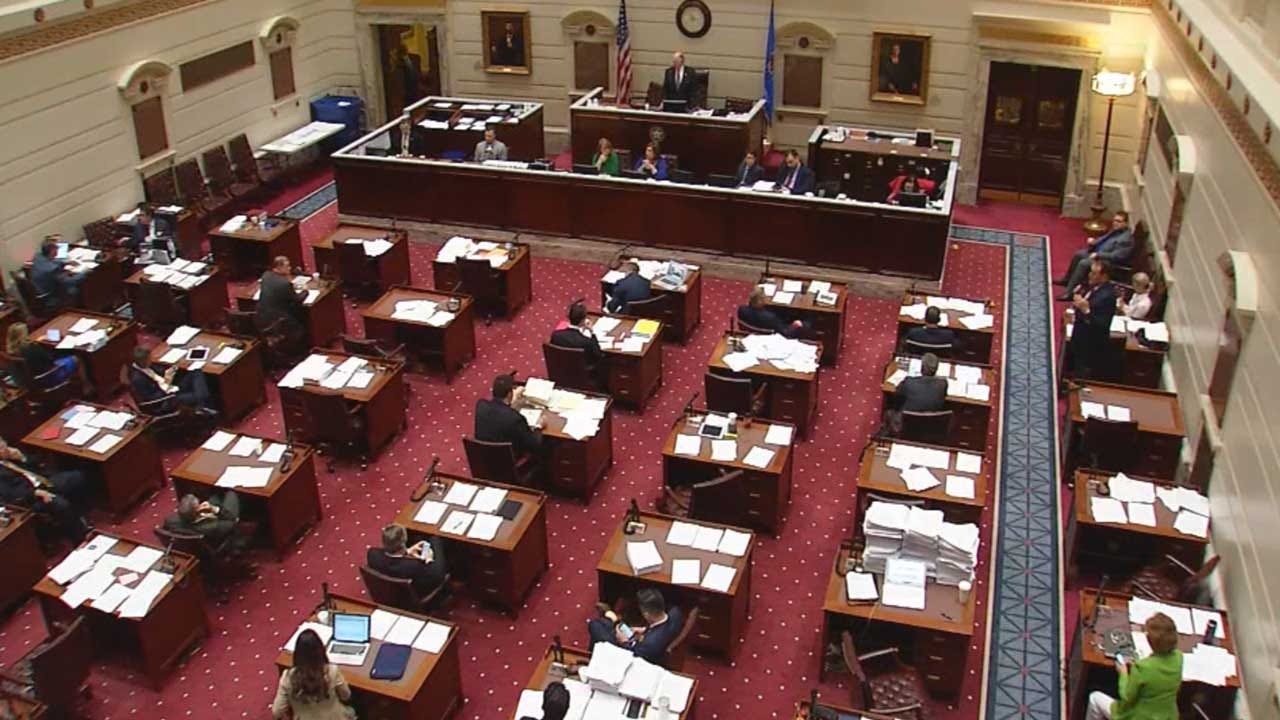 The state is facing a roughly $900-million budget shortfall, and lawmakers have just five more working days to come up with an agreement on revenue. They say they’re close, but there’s some confusion about what their close to.

“Next week we fully expect we will have a budget,” Representative Charles McCall (R) House Speaker told the press Thursday.

How exactly it will go down is still anyone’s guess.

All revenue generating bills must originate in the House of Representatives. House Republicans and Democrats reached an agreement this week on a $400-million bill that includes a dollar fifty increase in the tobacco tax and changes to gambling laws. Right now, House Republicans are trying to get the backing of the Senate and governor.

“We feel like the Senate and the governor are both negotiating in good faith with the House.” McCall said, “We’re ironing out some details.”

So, there are two separate plans being floated here, both involving a tobacco tax. If the $400-million plan passes, then Democrats could lose their bargaining chip for gross production.

“From our perspective, even if this package in its current framework were to pass, you’re looking at anywhere from 350-to-400 million dollars and that’s being very generous.” House Minority Leader Scott Inman said, “They’ve gotta [sic] get to at least 900-million, probably closer to 1.1 billion. They can’t get there without gross production taxes.”

And there may not be enough democratic votes to get the $400-million deal done.

“Maybe, maybe not. Right? We’re not exactly sure.” Inman said, “From our position the way you get all of our votes to vote for a cigarette tax is to increase the gross production tax to 5-percent.”

But Republicans insist there is movement.

“The Senate and the executive branch are open to the plan and to the ideas and I believe we’re making progress,” McCall said.

The House of Representatives adjourned till Monday, but leadership will continue working on the budget behind closed doors Friday and into the weekend.