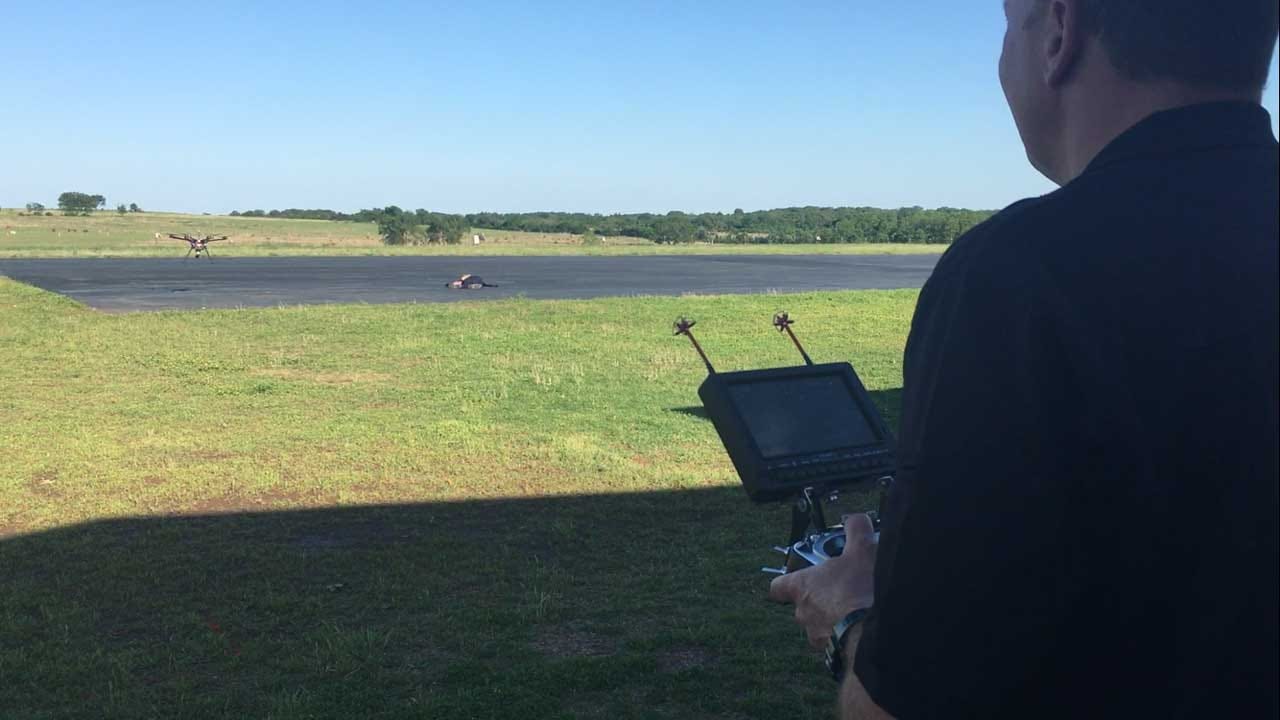 OSBI agents will soon be using drones to map crime scenes. Graduate students and professors at Oklahoma State University are helping them learn how.

OSU has one of the most advanced unmanned aircraft programs in the country, and students are showing investigators that the sky really is the limit for drone applications. OSBI partnered with OSU earlier this year, training agents to use the drones instead of airplanes and helicopters.

“The drone is more controllable up close,” said OSBI special agent Steve Neuman. “We’re able to hover and take aerial images that can be helpful in crime scene investigations.”

The result is a virtual 3D map from every angle.

"You can zoom in. You can move around. You can see everything in one area. You don’t have to be at the crime scene anymore,” OSU graduate student Kristen McKinney said.

The goal is to find and show evidence, and determine positions of the people involved, all in the name of justice.

"We can study and we can present it in the courtroom in a 3D manner. It puts the jury right at the crime scene,” Neuman said.

This mapping is just the first of many applications the OSBI plans to use. The drones may also help with manhunts and missing persons one day, but students say they are still determining how to make all these ideas come to life.

“Because of the hype, because of everyone being interested, it’s going to make the technology increase faster,” said Jordan Feight, who just graduated with a master’s degree in mechanical and aerospace engineering.

With crime scene investigations alone, though, the state may be able to save hundreds of thousands of dollars, if not more, compared to using airplanes.

“We’re not putting manned personnel over the scene,” said Neuman. “Plus the cost to operate is pennies on the dollar.”

The agents are still developing necessary guidelines for the crime scene mapping to hold up in court. They hope to be using the technology in the field by the end of summer.