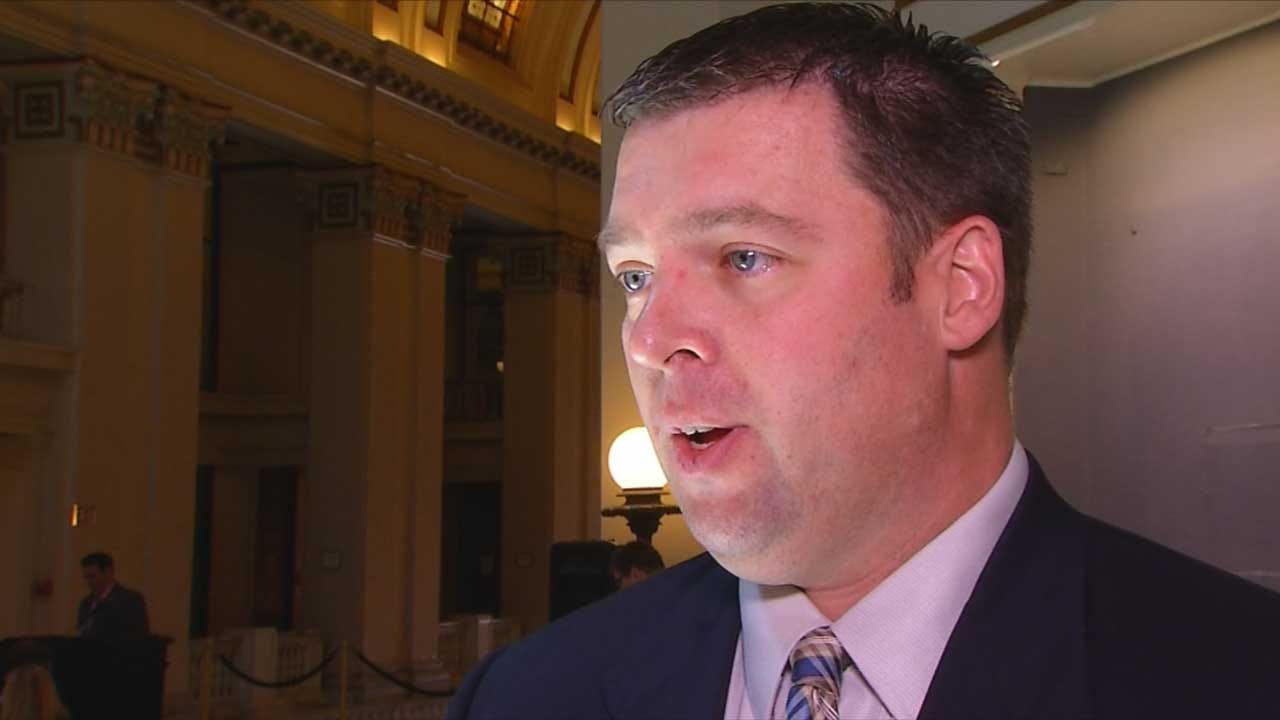 With one day left in the legislative session, the governor applied pressure to one lawmaker who was holding up a series of criminal justice reform bills that could save the state $200-million a year.

Thursday, the governor held a press conference; an 11-th hour attempt to convince Representative Scott Biggs (R) Grady County, to hear four bills that she said would reduce the prison population by keeping more non-violent offenders out of prison.

“I’m pleading with the chairman of the committee, Representative Scott Biggs to please let the bills go,” Governor Mary Fallin told the press.

Representative Biggs held a last-minute meeting, waving each bill off till next year. The whole meeting lasted just five minutes with each bill getting the same response: “Conferees do not agree.”

“I’d like to know what they can’t agree about?” Representative Cory Williams (D) Stillwater asked.

Representative Ben Loring (D) Delaware County replied, “I’m in agreement with it, but I don’t think we have enough to get it passed.”

Biggs limited questions and comments, except his own where he took a shot at the governor.

“What the governor’s asking us to do took Texas six years to do what we’ve tried to do in one session. We simply cannot accomplish, especially given the fact that we have zero funding opportunities for these programs,” Biggs said before adjourning the meeting without taking questions.

“Of course,” Williams said as Biggs interrupted him, “Way to do it Mr. Chairman.”

Williams said Biggs should have put the bills up for a vote.

“To come in at the last minute and say that conferees don’t agree, it’s just, you’re witnessing a dog and pony show and nothing more,” he said.

The bills will remain open until next year, where they can be voted on if Biggs hears them in Committee.