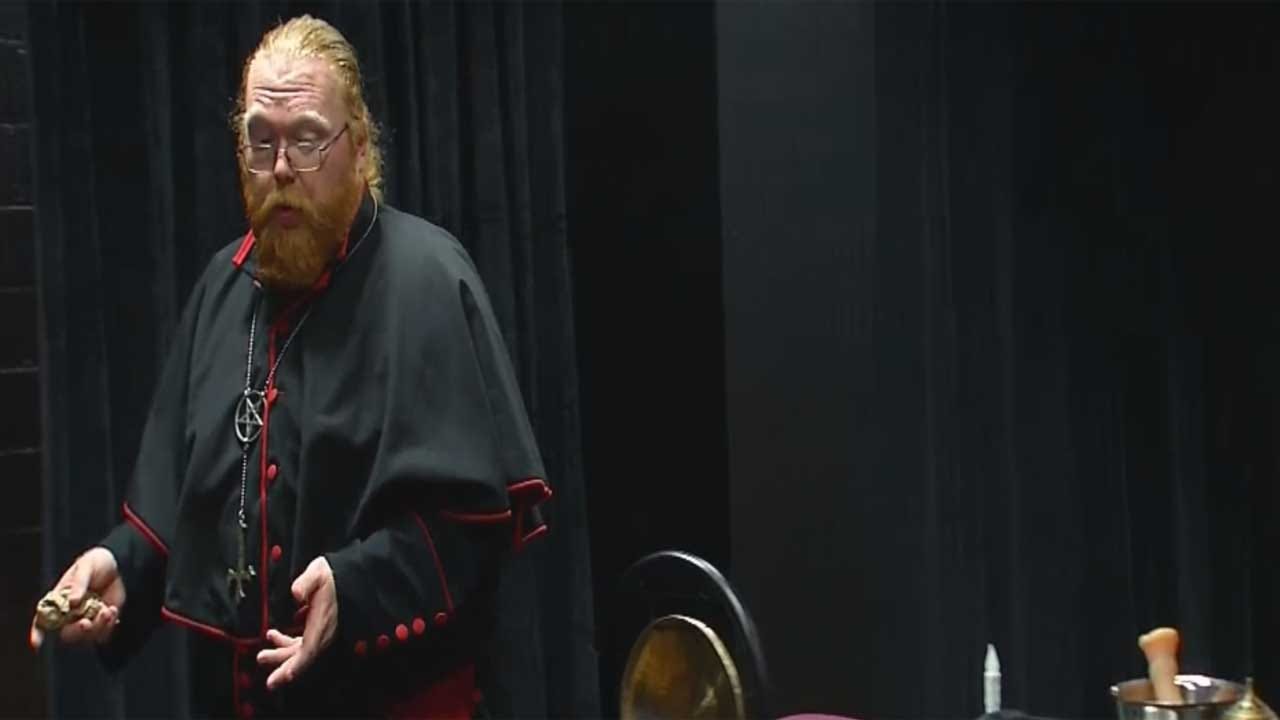 A known Devil worshiper is suing an Oklahoma City metro school district, claiming his family’s civil rights were violated as well as other complaints, according to court documents.

Adam and Kelsey Daniels are suing Putnam City Schools, Overholser Elementary and the Putnam City School Board for violating the family’s civil rights, defamation and negligence, according to a petition filed on Monday at the Oklahoma County courthouse.

Adam Daniels is known for organizing and leading a “black mass” at the Civic Center.

According to the court document, the Daniels family claim they have been investigated or interviewed by the state Department of Human Services more than 30 occasions since 2013 due their “alternative non-Christian based religion.”

“The District has systemically and through its agents over a period of years made allegations against the Plaintiffs using the Department of Human Services via their Child Protective Services division as a weapon of convenience against them,” according to the filing.

Daniels claimed the "constant barrage of complaints and circulating rumors" have affected his income and stance substantially.

The suit also claimed the children were bullied by students and staff while the parents were subjected to repeated allegations of neglect and abuse made by district personnel. The suit stated the children were not provided a safe environment by the district.

One of instances of alleged mistreatment of the children by the district was that one child, who is severely autistic and mute, was repeatedly strip searched by a school nurse, according to the lawsuit.

The Daniels family is suing for a $300,000 judgment along with cost of interest, attorney fees and any other further relief.

The district spokesman told News 9 the district does not comment on pending litigation.