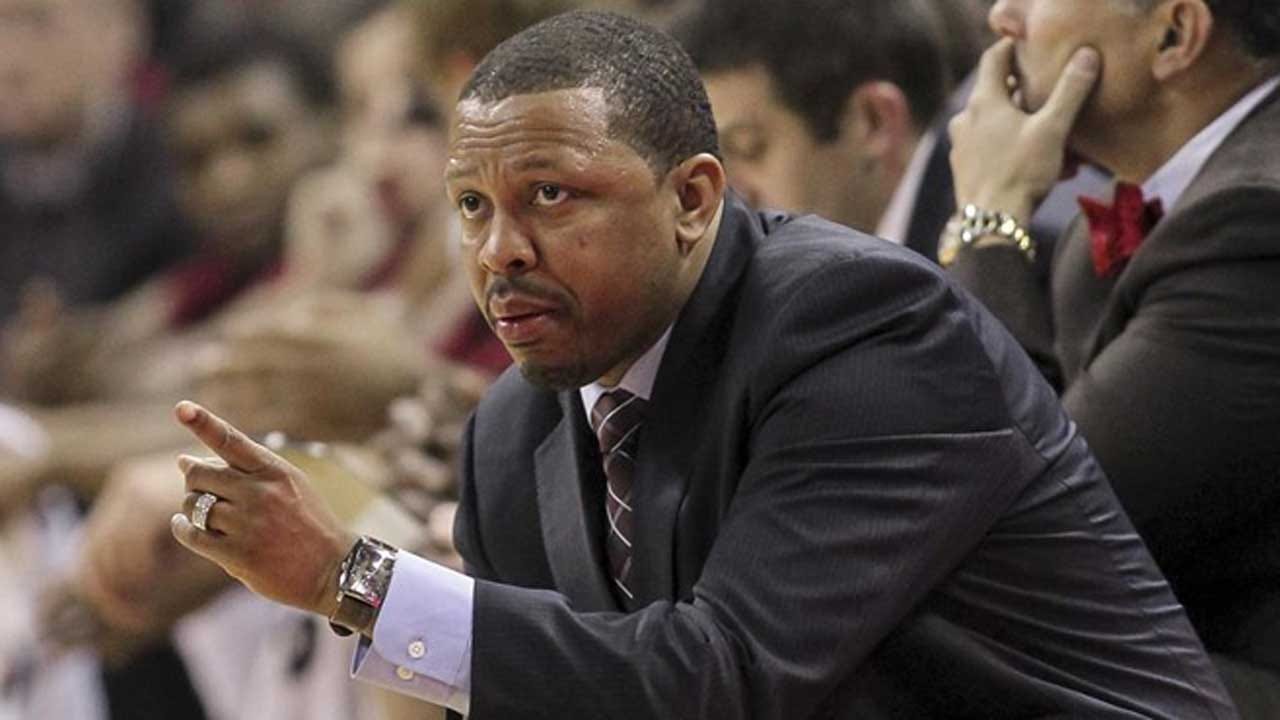 Lamont Evans, associate head coach for the Oklahoma State University basketball team, was one of 10 people charged in federal court.

Evans was charged Tuesday with multiple counts of conspiracy and soliciting bribes in a federal corruption case, according to court documents provided by the U.S. Attorney’s Office of Southern District of New York.

Evans is accused of taking part in a bribery and fraud scheme involving three other college basketball coaches, as well as managers, financial advisers and representatives of a major international sportswear company.

Evans was named in six charges including conspiracies to commit bribery, wire fraud, travel fraud and solicitation of bribery.

Evans was hired by then-OSU head basketball coach Brad Underwood in April 2016. Underwood and Evans worked together on the staffs at Kansas State and South Carolina.

Evans, the team's recruiting coordinator, is accused of taking bribes while at South Carolina and continuing to do so at Oklahoma State.

According to court documents, Evans agreed to be paid at least $25,000 in kickbacks and benefits such as hotel rooms to funnel student-athletes on his teams to sports agent Christian Dawkins and financial adviser Munish Sood.

The trio worked out a scheme for Evans’ to use influence over college basketball players under his supervision to persuade and pressure athletes with prospects of playing professional basketball to Dawkins and Sood. Evans was eventually paid $22,000 for his influence peddling.

According to the charges, Evans was recorded on numerous occasions over the phone soliciting bribes and discussing student athletes with a confidential informant for the FBI.

“…just want[ed] to be able to scratch my back, scratch yours, and help each other with different things and… at the same time get compensated…” Evans was quoted as saying in one conversation. In another, he asked the informant to pay him “in small a bills (sic) as possible.”

In one potion of the indictments, Evans is depicted as using crude language to describe a high school aged student before asking for more money to give to the athlete’s mother to secure a commitment to play at OSU.

The scheme was uncovered by the FBI after an unnamed cooperating witness alerted authorities. The case falls under federal jurisdiction because both South Carolina and OSU receive more then $10,000 in grants from the federal government. Evans's alleged actions also violate NCAA rules. It is unclear whether OSU or South Carolina will face sanctions.

We were surprised to learn this morning of potential actions against one of our assistant basketball coaches by federal officials. We are reviewing and investigating the allegations. We are cooperating fully with officials. Let it be clear we take very seriously the high standards of conduct expected in our athletic department. We will not tolerate any deviation from those standards.

A press conference is scheduled for 11 a.m. Tuesday in New York City to discuss the charges publicly.

Dawkins was fired from his position as sports agent in May after a probe by the NBA Players Association. The probe showed Dawkins used the credit card of an unnamed NBA player to charge $42,000 in Uber rides from 2015 to 2016. Only a few were authorized by the player, according to sports reports.

Stay with News 9 and News9.com for more information.