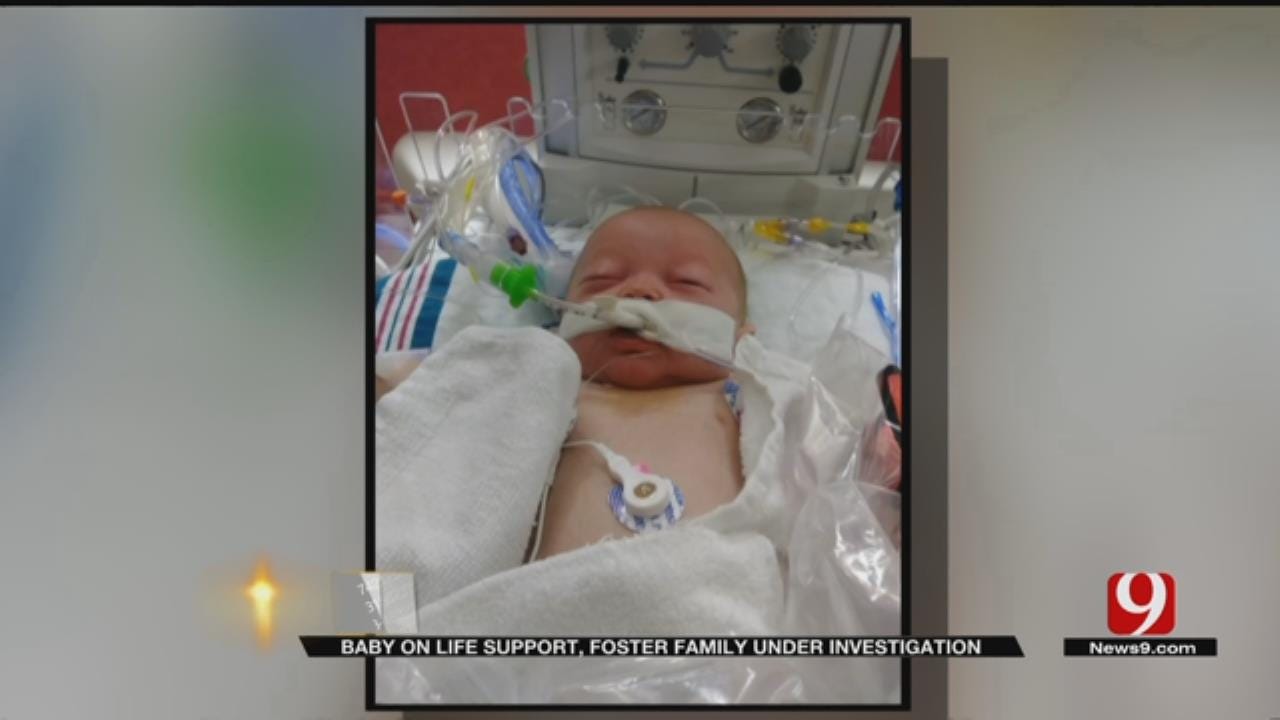 A 10-week-old baby is on life support and Oklahoma City police are investigating possible child abuse or neglect. The baby was at a foster home when EMSA was called.

That baby - named Jacob - is currently in critical condition at Children's hospital. Family members say Jacob wasn't breathing when he was brought into the hospital and hasn't woken up since.

“He’s not going to pull through this,” said Jacob’s aunt Kay Turner. “He does have a skull fracture and several spots on his brain that are bleeding.”

Turner says Jacob's parents were called to the hospital on Sunday. Police say they were too. DHS confirms that is one day after Jacob was placed in the foster home.

The foster father also reports another 18-month-old child was in the room.

A DHS spokesperson says they are “extremely concerned and disturbed about what happened” and are conducting their own investigation. DHS also says it has removed that 18-month old foster child from the home.

Oklahoma City police says no arrests have been made and no charges have been filed.