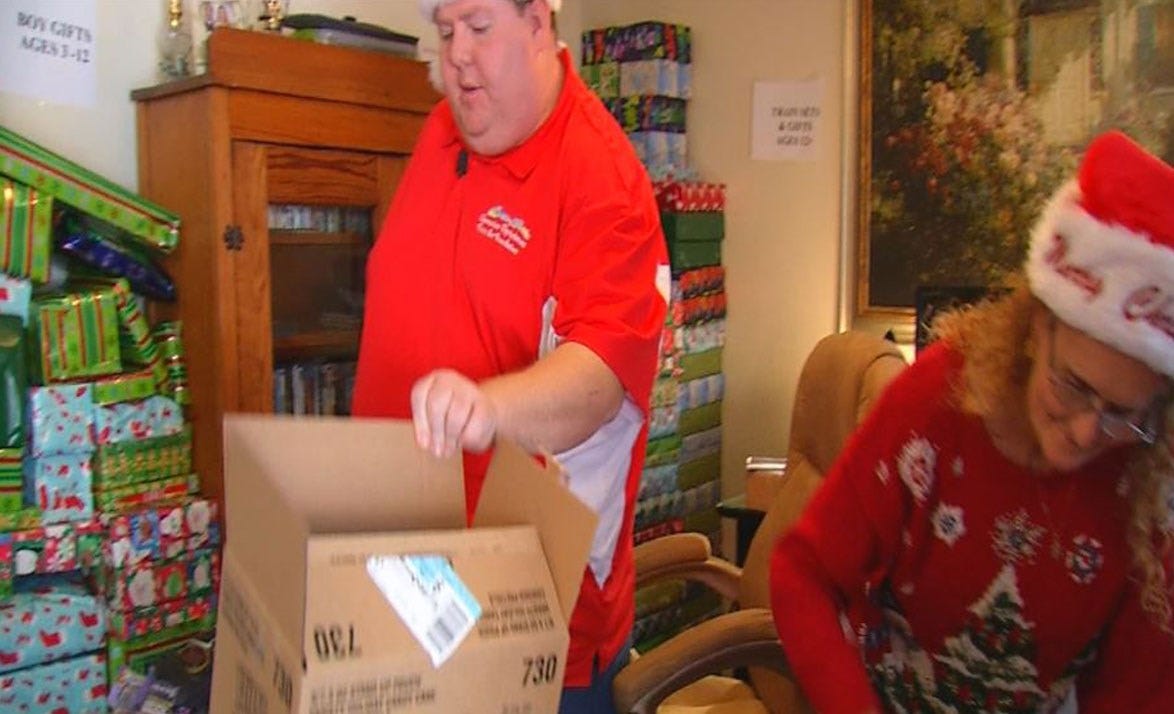 A model train enthusiast turns his passion for the rails into a nonprofit to help kids. Operation Christmas Train Set will make a stop to put gifts under the tree for hundreds of Oklahoma kids this year.

Dustin Fisher got his first train set when he was kid because somebody helped his family out during the holidays. Now, he's paying forward through OCTSF.

“I've actually loved model trains since I was a kid,” said Fisher with Operation Christmas Train Set Foundation. It’s a passion he had hoped to turn into a lucrative business.

“I had about $3,000 in train inventory and I thought I was going to be the next eBay guru, selling it,” he said.

But instead, he went down a different track when he used most of his train collection to help two single moms from his church. When word got out about what he did, he quickly received more donations and the giving spiraled from there.

“We actually gave away 75 train sets and almost 200 toys,” Fisher said. That was four years ago. Now, his foundation makes an annual stop to deliver gifts to struggling families.

“I love the joy of seeing a kid's face when they get a model train,” he said.

He set up his operations inside his dad's home in Oklahoma City where he lives. The donations he's collected are stacked high to the ceiling. He and his volunteers sort out all the train sets and other toys and pack individual boxes for boys and girls.

“You probably remember the best Christmas gift you've ever gotten as a child and I want to bring that back to children who may not otherwise have a Christmas,” he said.

Through donations and grant money, he plans to put together up to 700 gifts for Christmas this year. He and his dad also design a train table including the train, to give away.

“This is a blessing to me to be able to do this every year,” he said. “And it's all about the joy of Christmas for the kids.”

Since he set up his nonprofit three years ago, the foundation has helped nearly 3,000 Oklahoma children.

If you would like to drop off a new, unwrapped toy, the drop off locations are located at Archery Traditions in Yukon, Maid OK and HeyDay Entertainment in Norman and Dave and Busters in Oklahoma City.