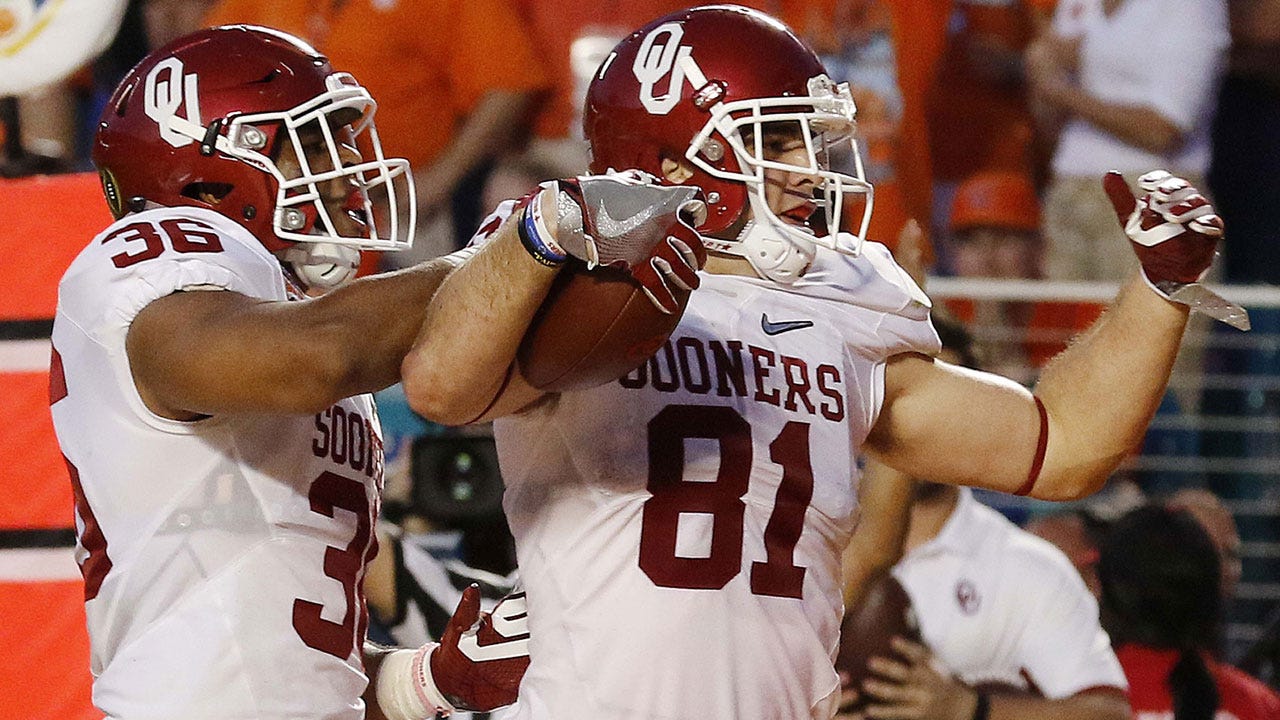 Oklahoma redshirt junior Mark Andrews was named Wednesday as the school’s first ever winner of the Mackey Award, given annually to the nation’s top tight end.

Andrews was one of three finalists for the honor, joining Wisconsin's Troy Fumagalli and Penn State's Mike Gesicki.

"It's an incredible honor to receive this award, especially at a place like the University of Oklahoma where there have been a ton of great tight ends like Keith Jackson, Trent Smith and Jermaine Gresham just to name a few," said Andrews. "Just being mentioned for this award is a blessing, but to actually win it means so much to me. So many people at OU have helped me along the way and I couldn't be more thankful to all of them."

He leads the Sooners in receptions with his 58 catches, the third-highest total ever by an OU tight end and the 22nd-highest mark overall, and eight touchdown receptions.

The John Mackey Award trophy will be presented to Andrews on Thursday, Dec. 7, live on ESPNU, at 5 p.m. CT on the Red Carpet Special at the Home Depot College Football Awards in Atlanta.