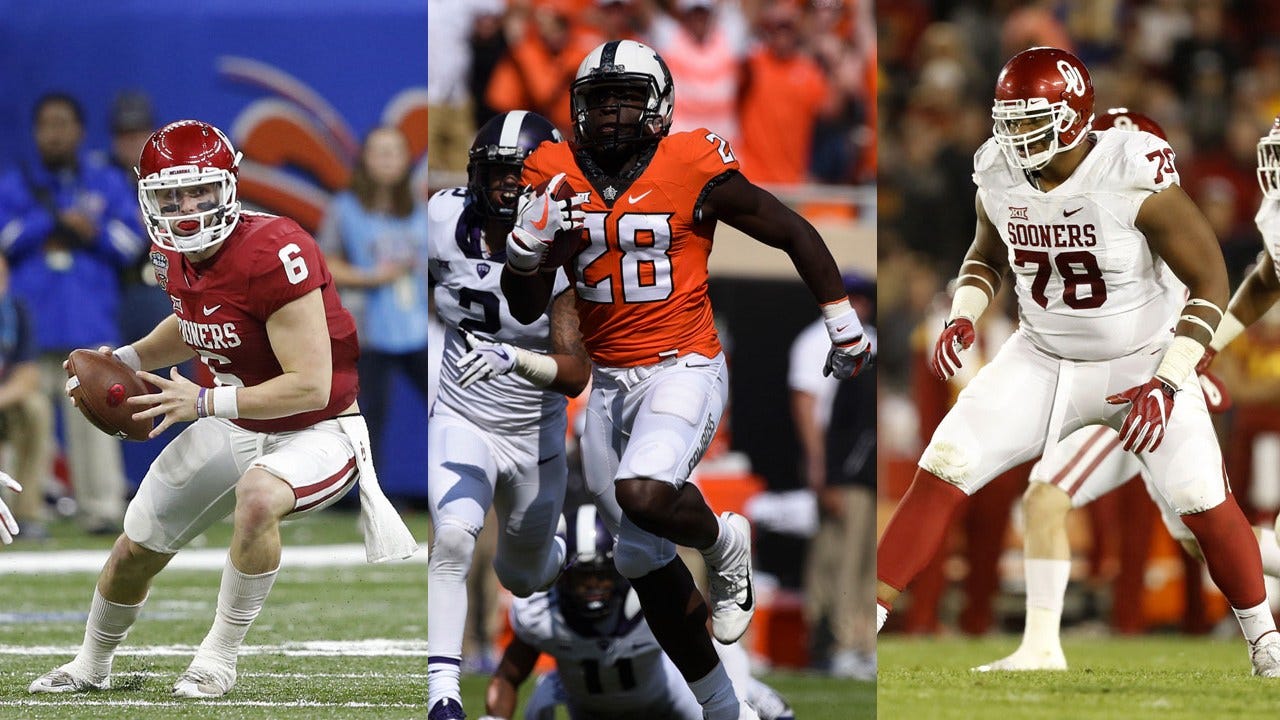 SI on Mayfield: Mayfield threw just five interceptions all year (and none after Dec. 4) and shone brightest in the Sooners' biggest games, taking the drama out of the Heisman race with weeks to spare.

SI on Washington: Washington led the nation's receivers with 1,423 yards and was able to walk in several of his 12 touchdowns after he and Cowboys QB Mason Rudolph blew the top off opposing secondaries.

SI on Andrews: Andrews led the Sooners in receptions and paced the nation's tight ends with 906 receiving yards, thriving as Mayfield's most dependable target in all game situations.

SI on Brown: Brown was a wire-to-wire SI All-America pick, making the first team in the preseason and at midseason. He's a big part of the reason Mayfield was so upset Oklahoma wasn't a finalist for the Joe Moore Award, given to the nation's best O-line.

The rest of the First Team: