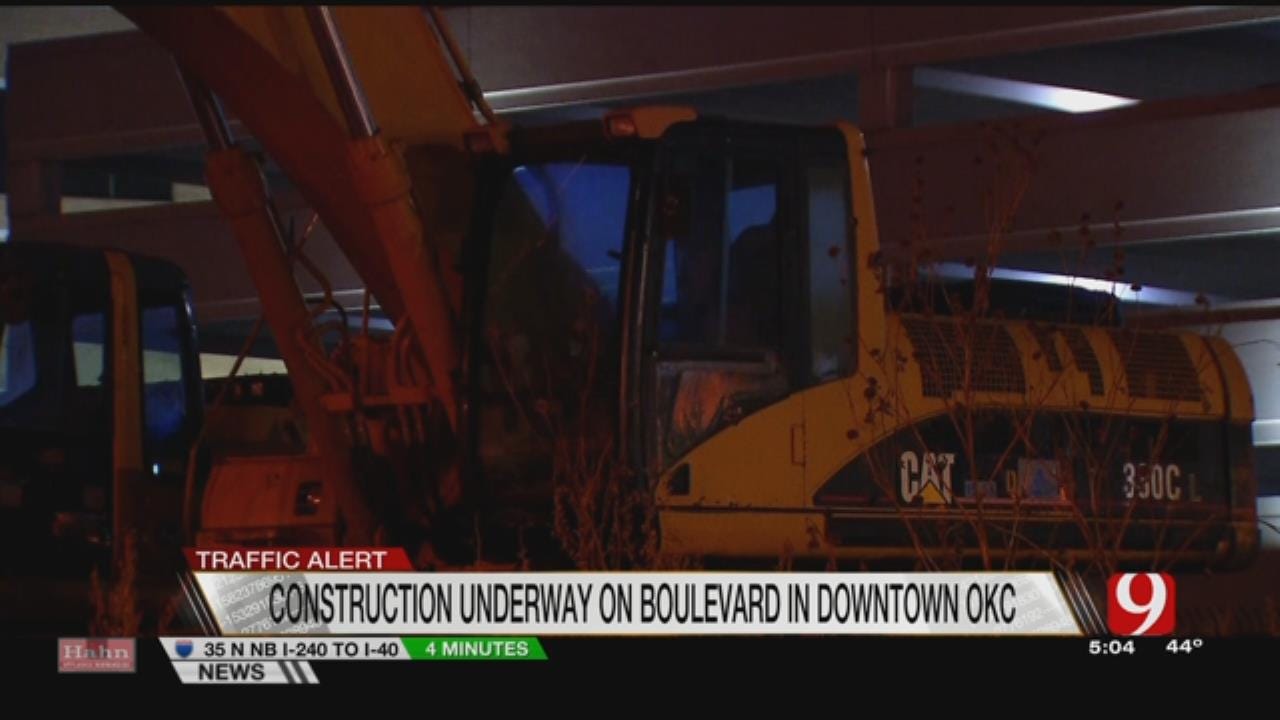 This adds on to the already substantial amount of construction going on downtown.

SW 3rd Street will remain closed between Broadway and Shields

For now, street closures on Robinson and Broadway avenues will not take place but drivers are encouraged to check ODOT advisories.

Engineers want to create a four-lane boulevard, complete with a bridge over Western Avenue.

ODOT hopes to reconnect Oklahoma City's downtown with the interstate via east and west end connections.

Additionally repairs will be made to damaged and vandalized highway lighting along the I-40 crosstown corridor.

"The goal is to allow access off of I-40 from east and west to allow access to the boulevard. Once we complete this project, we will turn this over to the city and this will become a city street that will be maintained by Oklahoma City," ODOT construction engineer Trenton January said.

The project costs up to $27 million and isn't slated to be complete until the middle of next year.