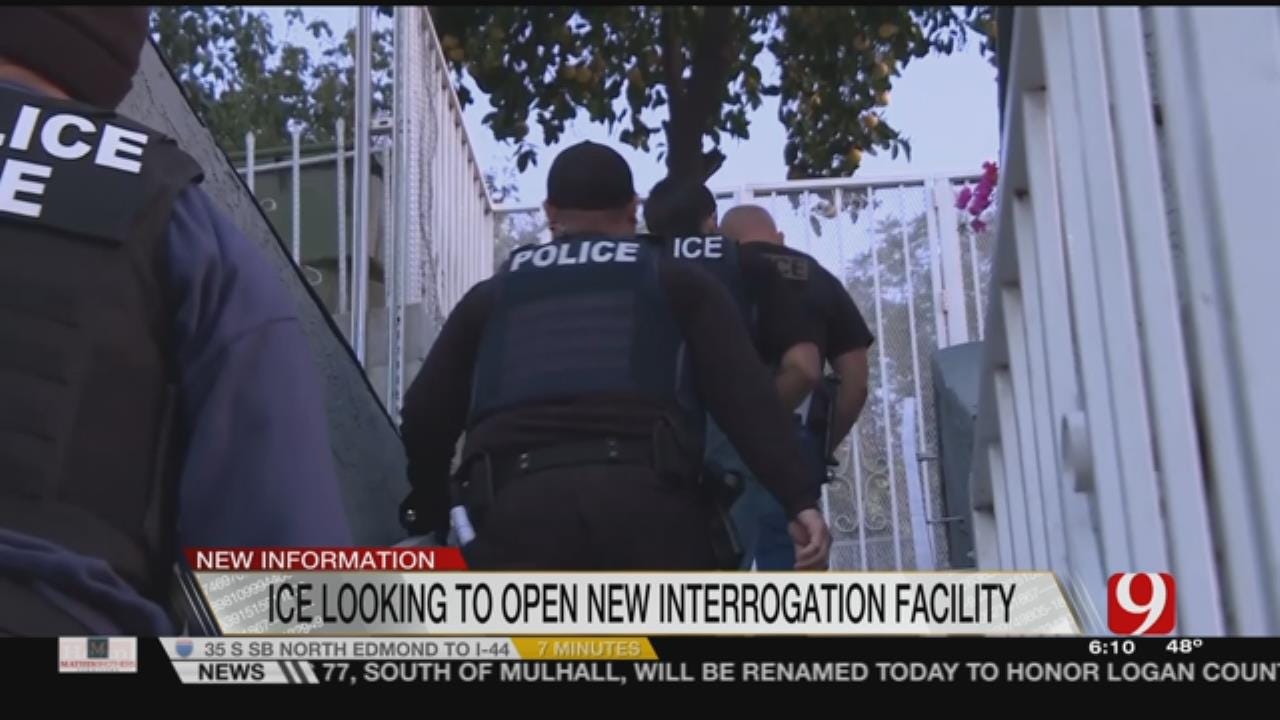 ICE officials are asking for permission to build in Oklahoma City as the agency looks to open a new interrogation facility.

According to the application sent into the City, the nearly 17,000 square foot facility would be near Meridian Avenue and Will Rogers Parkway just off Sovereign Row. The plans include electronic locks and an eight-foot metal fence topped with razor wire.

The plans say the building would be used by the enforcement and removal office of the U.S. Immigration and Customs Enforcement agency, the office in charge of catching and removing undocumented immigrants.

ICE said the building will be offices and "interview rooms" likely used for interrogations of immigrants thought to be in the country illegally. The facility however will not be a detention center, according to the plans, which say there will be no overnight stays.

News 9 did reach out to the ICE office in Dallas asking whether this new facility means ICE plans to increase efforts in Oklahoma but did not get a response.

The plans were brought to the City's planning commission but they were withdrawn because it determined ICE didn't need to rezone any of the surrounding property. Instead, they'll just be moving from the current facility in town.