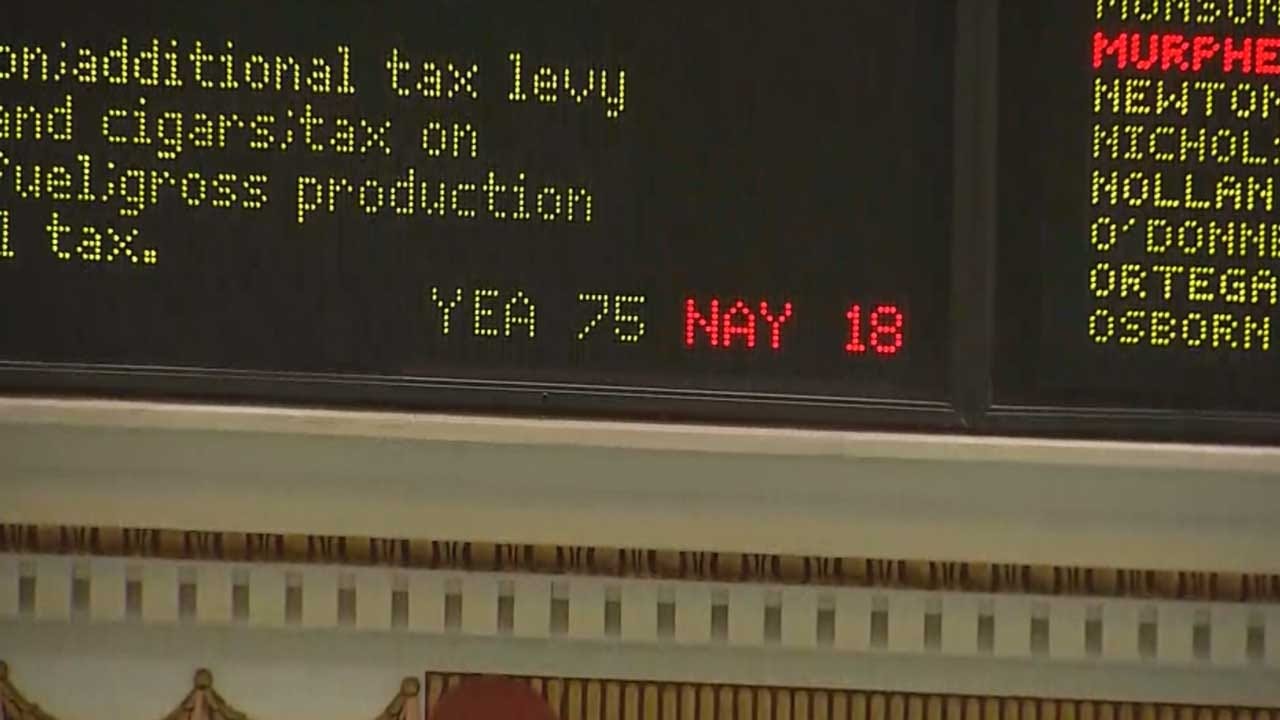 The House of Representatives passed a $447 million dollar tax bill to give Oklahoma teachers raises they demanded. But, that likely won’t stop an April 2 walkout.

After more than a year of wrangling, Republicans and Democrats in the House worked together to pass a massive tax increase to fund teacher raises.

The bill includes increases in the taxes on motor fuel, both gasoline and diesel, a $5 per room tax on hotels and motels and an increase on the tax on oil and natural gas production, called gross production, from 2-percent to five percent. The main sticking point in negotiations for about a year now.

It also calls for a $1 increase in a pack of cigarettes.

Opponents say the deal was given to them just hours before it was heard.

“We’re not giving the people of Oklahoma a chance to have call us and express their opinion,” said Representative Bobby Cleveland (R) – Cleveland County.

“Let’s put this on the ballot of you think it’s a great thing. See what the people think about it. Don’t we owe it to the people of this state,” said Representative Kevin Calvey.

“At the end of the day, we did come together and I’m very proud that we did that. And I’m glad we did compromise and reach across the isle,” said Representative Earl Sears.

“This was not our doing. This happened because thousands of Oklahomans got up stood up spoke out and said that enough is enough,” said Representative Forrest Bennett.

Still, it doesn’t look like it will stop a walkout. The Oklahoma Education Association tweeted out: "April 2 is still on. Our ask is still our ask."

April 2 is still on. Our ask is still our ask. The House is considering a number of bills tonight that could be a step in the right direction. We’re still asking for a complete package, including funding for years 2 and 3. More details as they become known. #OKwalk4kids #oklaed

“I think  there will be a walkout and I think that walk out is a walk to the Capitol to advocate for what our kids need,” said Superintendent Joy Hofmeister.

The bills could be heard on the Senate floor as early as Wednesday.

“I think  there will be a walkout and I think that walk out is a walk to the Capitol to advocate for what our kids need,” said Superintendent Joy Hofmeister.

The bills could be heard on the Senate floor as early as Wednesday.

A plan to avert a teacher walkout on April 2 was introduced to the Oklahoma state House on Monday.