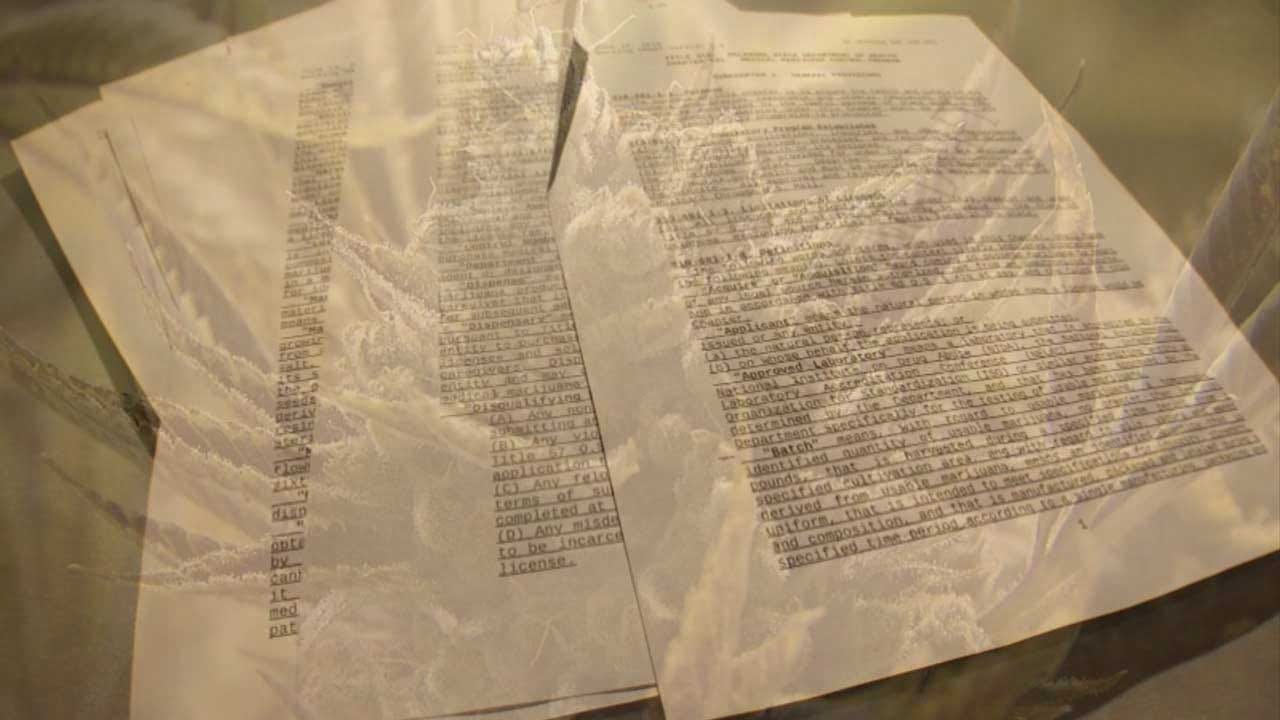 The recommendations were just sent to the governor’s office, lawmakers and the attorney general.

The 60-plus page “Medical Marijuana Control Program” outlines everything from quality control to when medical marijuana dispensaries can be open.

Proponents of SQ 788 say the rules clear up misconceptions by adding a provision on where medical marijuana can be smoked.

It’s the trade association for the cannabis industry in Oklahoma.

Scott said he wrote many quality control regulation recommendations for the Department of Health.

Scott said the rules will help speed up implementation if SQ 788 passes, but he still predicts it will take months.

"We are going to have some timeline issues that in all reality will have to have a reasonable delay of implementation just to address those rules. Now something like a year though is unacceptable," added Scott.