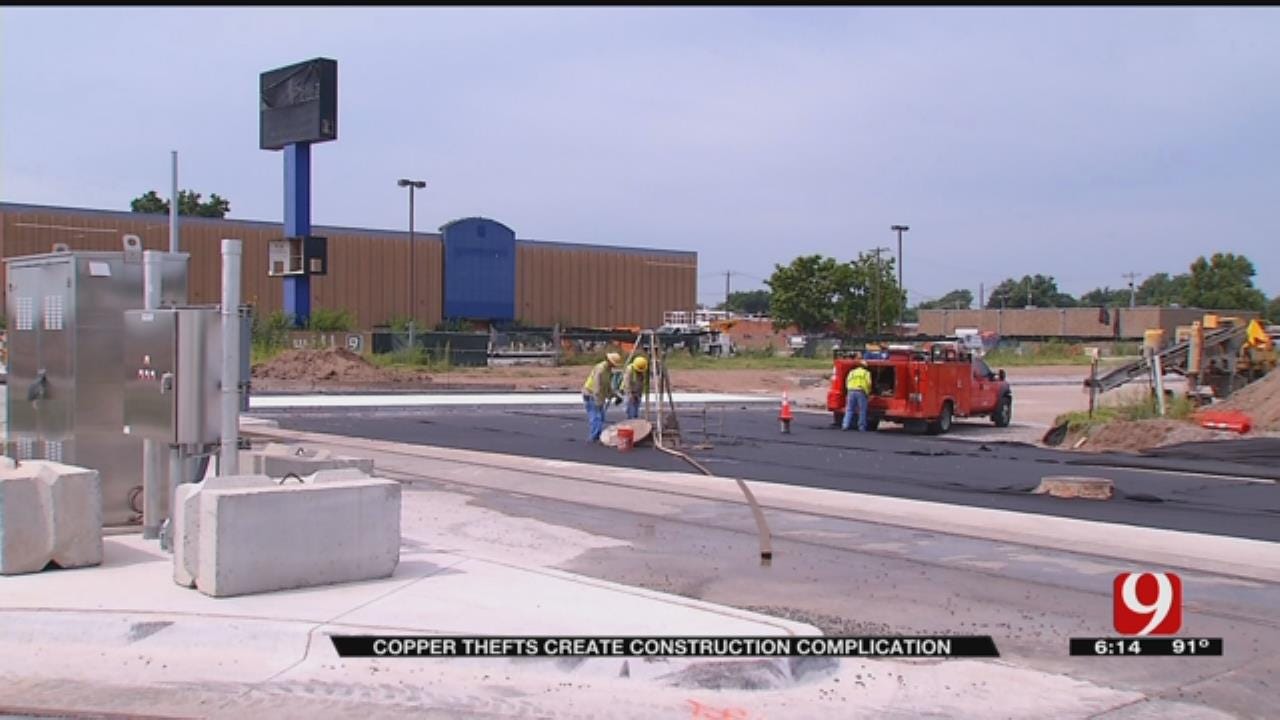 A few more blocks of the OKC Boulevard will be opening up to drivers in the next couple of months.

“Hopefully in the next two months people will see more pavement of the Boulevard on the eastside, so they can get to downtown easier,” ODOT spokesperson Terry Angier said.

This project is unique to ODOT.

Instead of waiting for the entire $27 million boulevard project to be completed next summer, completed sections will be opened to drivers.

However, vandals could delay that timetable.

ODOT has lumped the OKC Boulevard and the I-40 crosstown together.

One of the benefits is federal funding that can help fix all the nonoperational street lights on I-40 near the river.

Vandals have targeted the lights for their copper.  News 9 reported on the problem last year, and the lights still aren’t working now.

“That’s been a concern because it’s taxpayer money,” Angier said. She says ODOT is looking at anti-theft technology to the street lights.

In order for ODOT to hand maintenance responsibilities to the city and open the entire road, all the streets lights on I-40 and the OKC Boulevard have to be working.

In the meantime, ODOT urges anyone who sees suspicious activity near streets lights to dial *55 to get ahold of Oklahoma Highway Patrol.