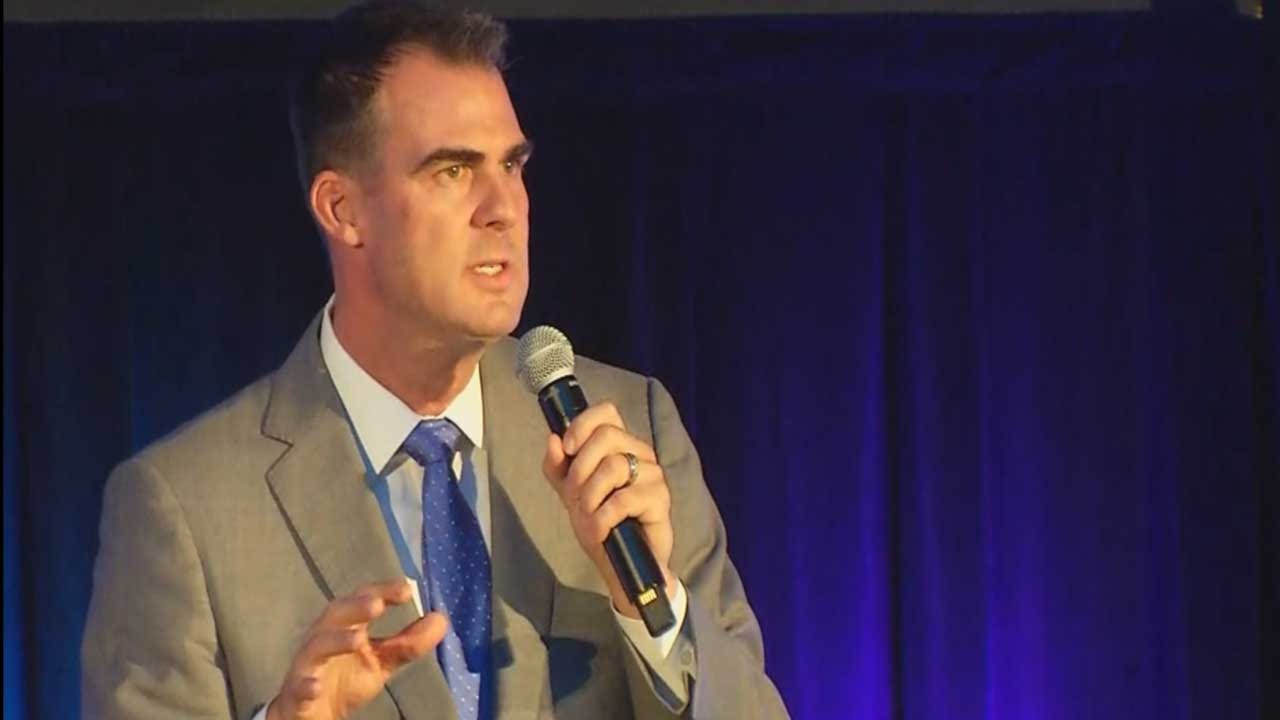 Both Republican candidates for governor spoke about education on Friday in front of school board members from across the state. Kevin Stitt said he supports a $5,000 recruitment bonus to get more teachers into the classroom.

He reminded the crowd he's a product of public education and repeated his support for this year's teacher pay raise.

"I've been saying we have to pay teachers market," said Stitt.

Stitt said he wanted schools to have more local control over all of the tax money they get so they can choose whether to spend it on buildings or people and supplies.

He said he believed the solution to the teacher shortage was more pay and giving teachers more control over their classrooms.

"The people that graduate from our colleges, I've got a plan for a $5,000 recruitment bonus program. These are business principles. We've got to start attracting people into this profession. And as governor, you've got to set the tone, and the tone is to respect the profession, respect the teachers, make sure they know they're valued and give them the tools they need in their classroom, to be as successful as possible,” said Stitt.

Early in the campaign, teachers were skeptical of Kevin Stitt because he was against the tax increases for pay raises.

He has clarified many times since saying he's still against tax increases but that he supports teacher raises both now and going forward.