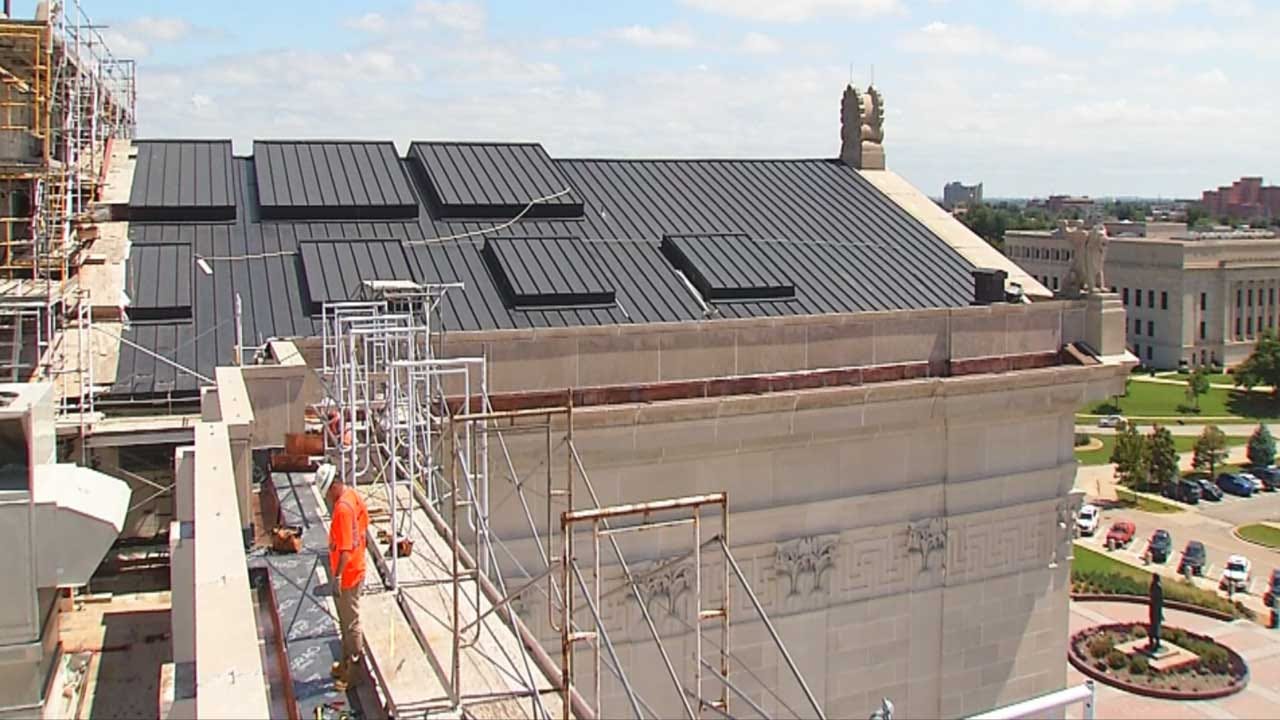 The state Capitol restoration project hits its biggest snag yet.  Crews say they have to replace all of its copper roof.

"We noticed that water was infiltrating under our new membrane roofing. That prompted us to complete a roof assessment and from that assessment we noticed extensive deterioration,” said project manager Lynnsee Boyse.

The leaking water was so bad crews decided the entire 45,000 square foot roof will have to be replaced. That will take about 18 months.

Water has already damaged the plywood under the copper and could impact the concrete. The cost to replace the roof is about $9.3 million dollars.

"When we were planning for this project we knew we would encounter these, so we built that into our budget,” said project manager Trait Thompson.

A new copper roof should last 60 years or more.

Crews discussed using other materials, but decided copper is the best option.

The copper that is currently on the roof will be scrapped, and the money raised will be used for the project.