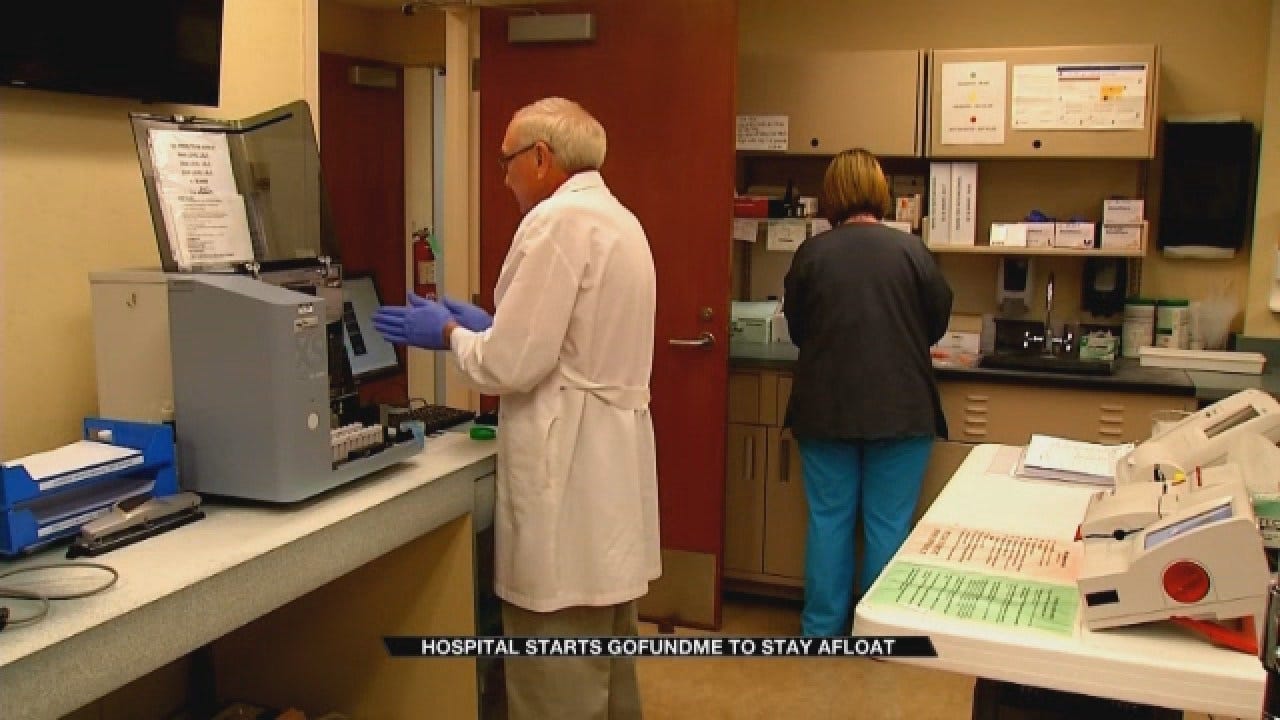 Battling major funding concerns, the Pauls Valley Regional Medical Center says they need $500,000 by the end of the week.

The hospital has even started a GoFundMe account, asking for $2 Million dollars.

News 9 first covered this story a few weeks ago.

The current management, Alliance Heath Partners, said over the summer, they were interested in purchasing the facility. Soon after, they identified the critical financial needs, and brought issues before city council. Here was their statement that day:

“We haven’t purchased the hospital yet. Our initial intention was to purchase the hospital. As we started doing our due diligence, and digging through, our financial backers were not willing to purchase, or put money into the investment until we were able to straighten it out. Found out there was no more gas in the tank,” said CEO Frank Avignone of Alliance Health Partners.

Many staff had been going without pay, but on September 5th, city council stepped-in and approved funds.

“They have all been up to date with the paychecks. They did get paid on Monday afternoon,” said Lizz Staggs, Associate Administrator of PVRMC.

But now the hospital must focus on daily operations.

About 130 employees work at PVRMC, and many said they will go without a paycheck again, if that means they can save the hospital.

“It is an emergent situation right now, we are operating on a day to day basis,” said Staggs. “We are not going to give up until there is absolutely no hope, and right now we don't see that.”

The next closest hospital is between 30 and 40 minutes away.

Aside from asking for donations, the gofundme page and even hosting a cookout this Sunday, Staggs said donors have been driving up to their front doors to hand them money.

“Ranging anywhere from small amounts to five dollars to larger amounts up to five to 10 thousand dollars,” she said. “Their personal reasons as to why we need to save the hospital. They are saying, ‘I wouldn't be alive if this hospital wouldn't have saved my life.”

The cookout is Sunday, September 23rd, and will cost $10 a plate.

Food includes choices of smoked chicken, sausage and brisket with a drink.

Donations are tax deductible and will go to the hospital.