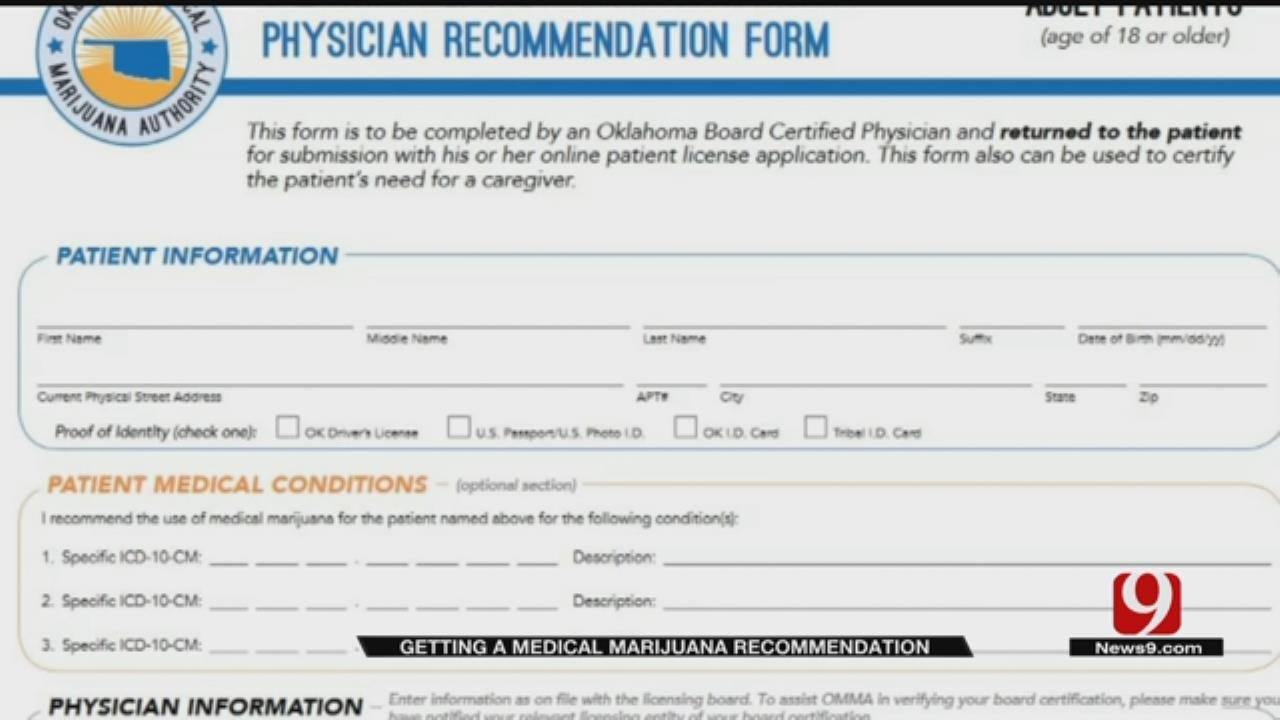 Many Oklahomans are asking the question, 'how do I get a medical marijuana recommendation?'

An Oklahoma Medical Marijuana Authority certified doctor was able to provide the answer.

One by one, patients have been coming through the door, preparing to get their medical marijuana licenses.

In order to register with the state to get a medical marijuana card and buy from a dispensary, a person must have a recommendation form signed by a physician.

"Today we're doing recommendations to try and increase access. The biggest problems with recommendations in Oklahoma right now, all the major health networks, and health systems, are unable to perform them from one reason or another," said Doctor Brandon Bailey.

The process is essentially the same as going to a doctors office.

"They fill out a history and intake form, and everything. And then he sees them. Makes the recommendation and then they go in the back and we are processing the applications for them," said Renee Harper, owner of Green Hope Wellness Center.

Dr. Bailey has used the Green Hope Wellness Center to screen patients and educate them about the benefits, risks and side effects of cannabis. He says he is glad there's now an accessible alternative to narcotic pain medications.

"One of the big things that caused me to do this, is I work as a hospitalist, so I deal with the side effect profiles of medications all the time. I had two overdoses last night that I admitted. So personally I've seen about 600 opiate overdoses, in the past almost four years," said Dr. Bailey.

Dr. Bailey recommends you sit with your doctor, and ask if they are board certified, registered with the state, and in good standing with the state.

"Those three things, if you hit yes yes yes, you're not going to have any issues," said Dr. Bailey.