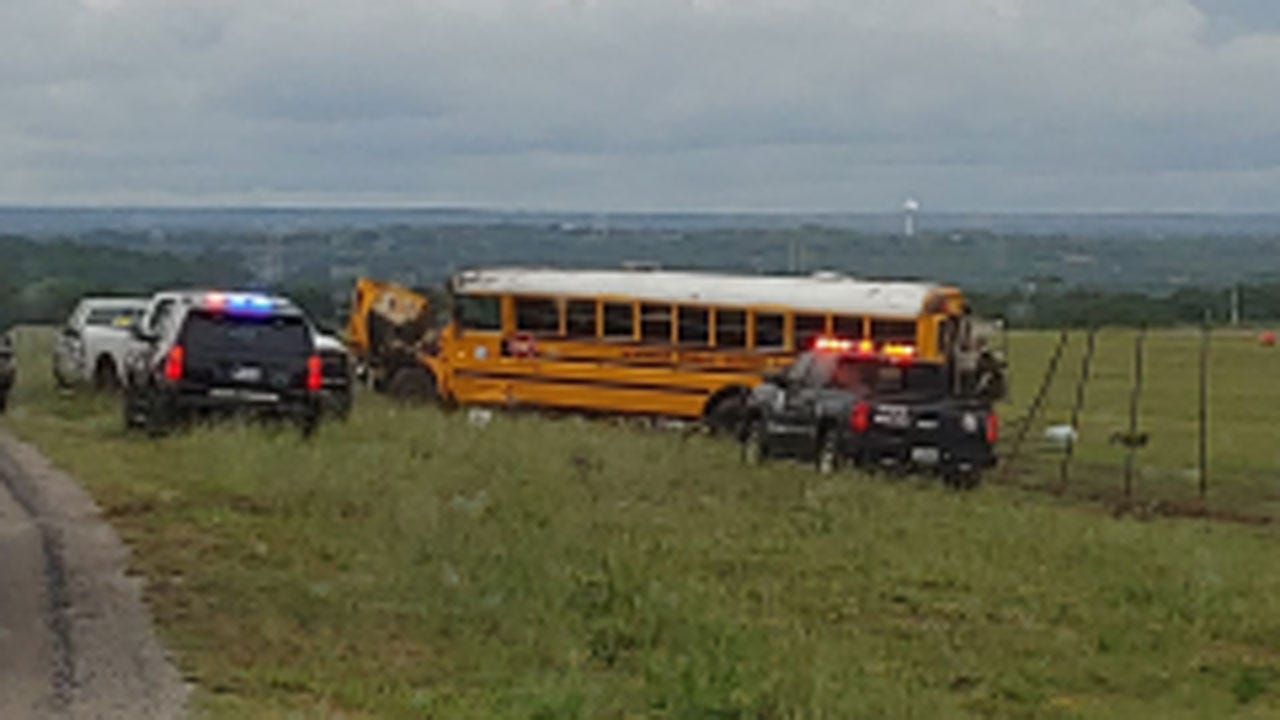 According to report, Cleveland Elementary School in Norman, had two buses traveling to San Antonio. The bus carrying all of the girls crashed in Lampasas Texas just after 3:15 p.m.

The bus was reported to be carrying 27 passengers.

Officials said the bus was on the way to Sea World in San Antonio when the driver lost control. the bus that rolled over struck a fence connected to the Lampasas Airport grounds.

The Lampasas Police Department said that the injuries include significant bruising and possible broken bones. All of the students involved were triaged at the scene, and transported to a nearby hospital.

The second school bus was taken to Lampasas Middle School.

Norman Public Schools released the following statement on the situation:

Saturday afternoon, two buses were transporting Cleveland Elementary fifth-grade students on an annual field trip to SeaWorld. One bus carrying female students was involved in an accident in Lampasas, Texas. As a precaution, all students involved in the accident have been transported to nearby medical facilities. Two individuals are being treated for non-life threatening injuries. District officials have been in close communication with students’ parents and local law enforcement. Student safety is our top priority and we are thankful for the emergency responders who have quickly responded to the scene. We will provide additional information as it becomes available.