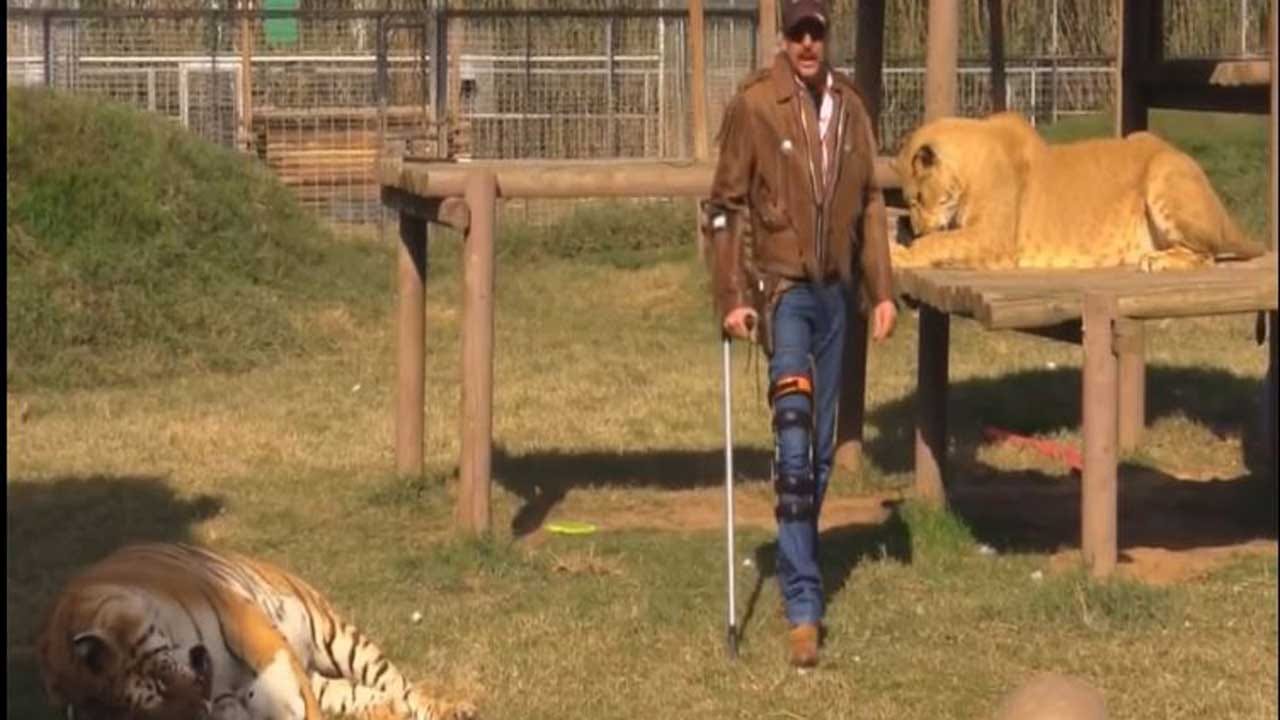 The U.S. Attorney's Office has filed new charges against the man known as Joe Exotic.

“My point is it’s never okay to take a shotgun, put it to a tigers head and pull the trigger,” said Jeffe Lowe owner of Greater Wynnewood Exotic Animal Park.

According to court documents Maldonado killed multiple cats to make room for others.

“We found out Joe needed to clear cages to rent cages to another friend who owned a circus. Joe stood to make money by renting those cages out,” Lowe said.

Maldonado-Passage alleges he shot the cats because they were ill. He says he shot a cat whose teeth were worn to the nubs, and even texted a picture to Lowe as evidence as to why he had to do it.

“That’s completely false. I was living in Las Vegas at the time and Joe might have sent me tigers with bad teeth, I don’t remember, I can’t confirm or deny because it wouldn’t be unusual to send me pictures of cats with medical issues,” Lowe said.

The charges also allege that Maldonado-Passage altered documents in order to cover up the sale of nearly a dozen tigers and lions. Lowe maintains he was unaware of what was happening.

“Lauren and I are victims in this just as the tigers are victims. I wish I would have kept a closer eye on him, but he ran the park for 20-years and he never had as much as a speeding ticket. We had no reason to think he was as evil as he turned out to be,” said Lowe.

Maldonado-Passage told News 9 the new charges are nothing more than a witch hunt.