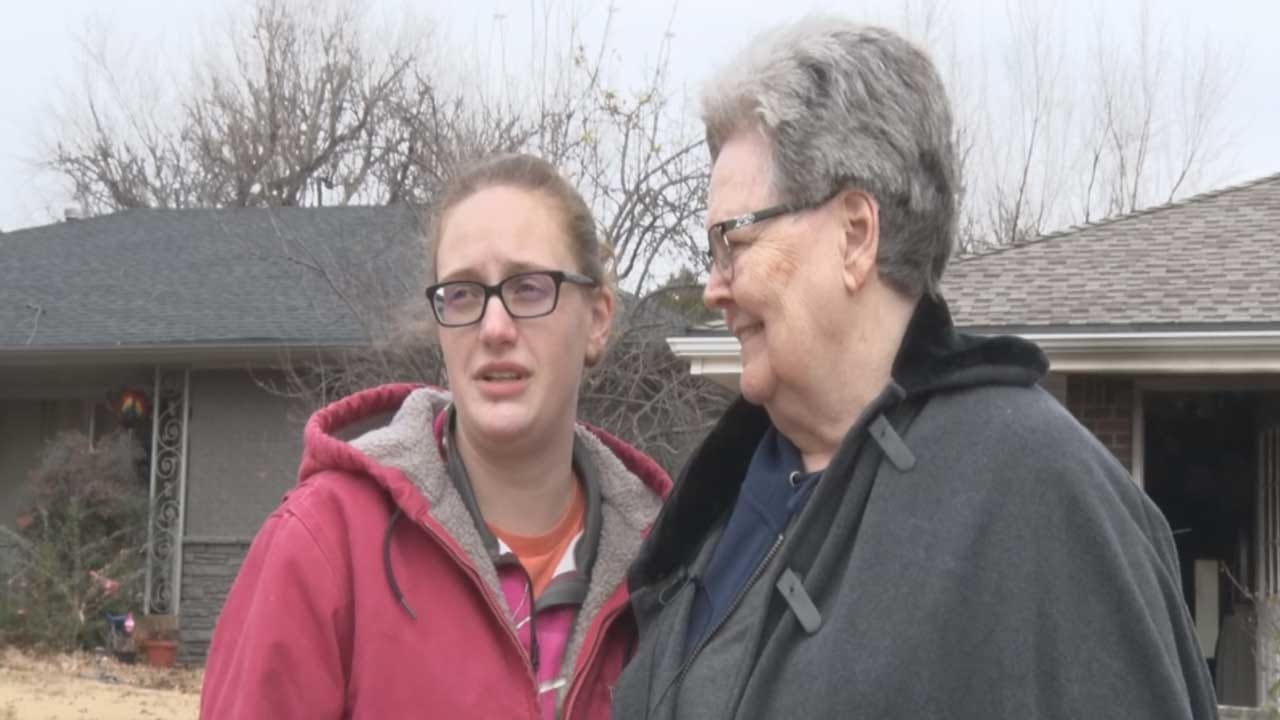 This year the Oklahoma City area has seen numerous fire tragedies with lives lost, yet one simple tool continues to save.

A home on Northwest 48th Street went up in flames Sunday night, but the smoke alarm woke a woman up just in time.

Scraps of metal are all that remains from the smoke alarms in the family’s home, but they were working, and they gave Kristin Pugh precious moments to escape the fire alive.

“Tons of memories for me growing up,” Pugh says of her grandmother’s home. Those memories are just about all that's left, after an electrical fire sparked in the living room.

“I was home alone and laid down to take a nap,” says Pugh, “and shortly after laying down I heard the smoke alarm go off.”

Pugh was in a bedroom, with an alarm right outside in the hallway. Fortunately, she was able to navigate the flames to run from her grandmother's house and call 911.

It just so happens firefighters were there in October for a medical call.

Homeowner Darlene Browers says, “They double checked all of the smoke alarms to make sure they were working while they were there, which is above and beyond what they were called for.”

Firefighters say it is all part of the plan to serve the community.

“Many of the times that we’re in a citizen’s house is for a medical emergency,” says Capt. David Macy. “What not a better time for our firefighters to check the smoke alarm for them and ensure that they’re working.”

Browers says her family has always valued smoke alarms, and her grandson installed hundreds of them as an Eagle Scout. This time, she is grateful they worked.

Now, though, she is facing the charred remnants of her longtime home. Not much is salvageable.

“What isn’t totally melted is so covered with smoke, it’s gone,” Browers says.

Pugh adds, “The good thing is we’re both okay and all the firefighters are okay, and that’s the main thing.”

To have the fire department install or check the smoke alarms in your home for free, call 405-316-BEEP or head to SmokeAlarmsOKC.com to make an appointment.