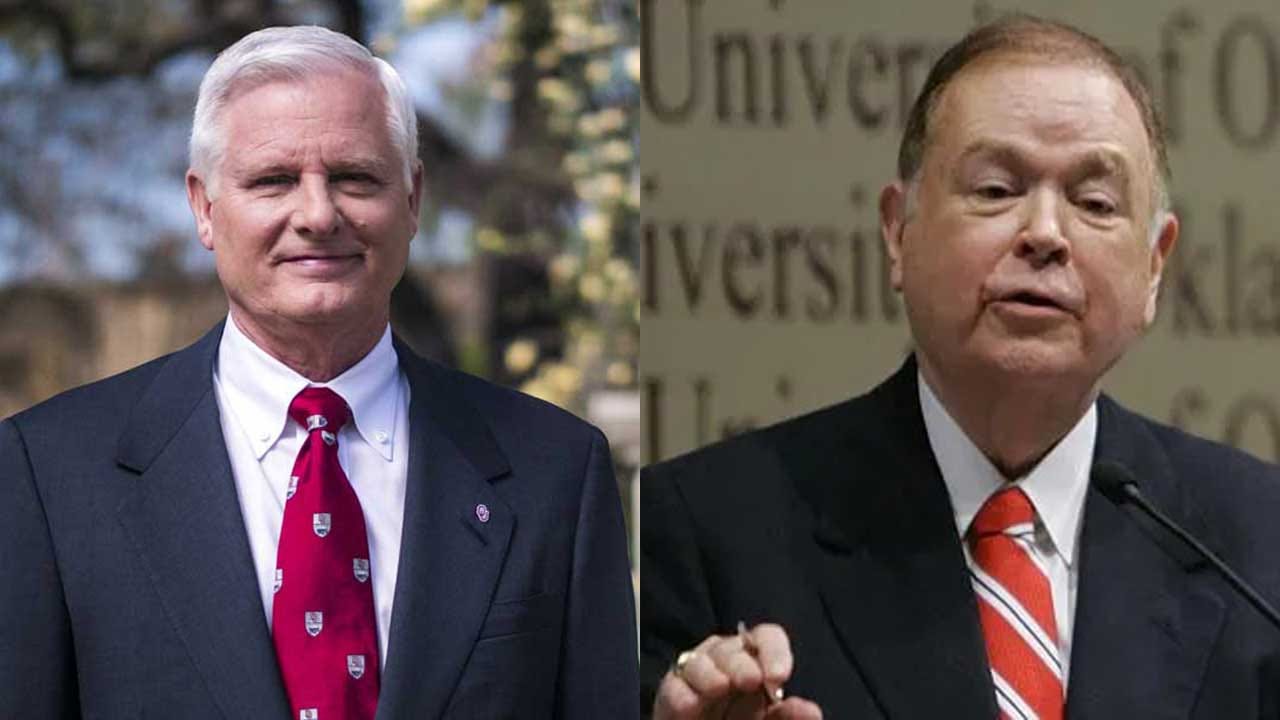 The University of Oklahoma's finances have been analyzed since Jim Gallogly was named as the new president of the university.

According to reports by the Norman Transcript, it has become a source of friction between Gallogly and his longtime predecessor and former Governor David Boren.

Gallogly was critical of the university’s financial status during a June 19 OU Board of Regents meeting. Boren responded with an op-ed on June 20 in the Norman Transcript, defending OU's finances.

According to sources speaking to the Norman Transcript, Gallogly reportedly told a senior OU administrator to deliver a message to Boren, saying, in part, "if he ever crosses me again, I will destroy him."

The Norman Transcript said multiple sources confirmed the message on the condition of anonymity for fear of reprisal from Gallogly. News 9 has not been able to independently confirm this report.

News 9 has been able to confirm another report by the OU Daily, the university's independent student newspaper, that the university misreported donations in recent years in an apparent effort to improve its national ranking.

"President Boren had no knowledge of any misreporting if it occurred. The same mechanism for reporting such information had been in place before he became president 24 years ago. If he had known misreporting was happening, he would have immediately demanded it be corrected."