President Trump Delivers His State Of The Union Address 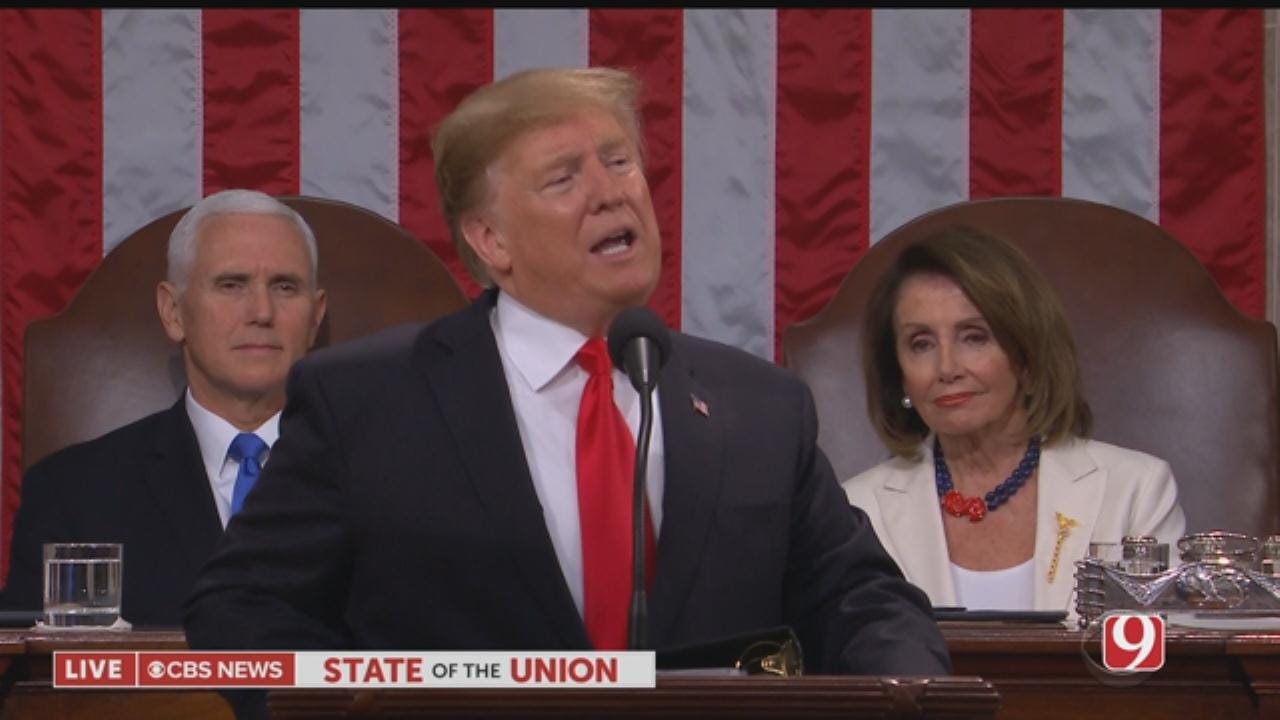 Tonight, President Donald Trump addressed the nation in his State of the Union address.

The president covered topics such as trade, immigration and border security.

Also honored at the address was Judas Samet, who survived the holocaust. The day of the address just so happened to be his 81st birthday.  The chamber erupted into a chorus of "Happy Birthday To You" for Samet.

President Trump also spoke on the progress that women have made in the workforce, and in Congress.

To end the evening, President Trump gave the last few minutes of his speech to reignite the American imagination.

President Trump Delivers His State Of The Union Address