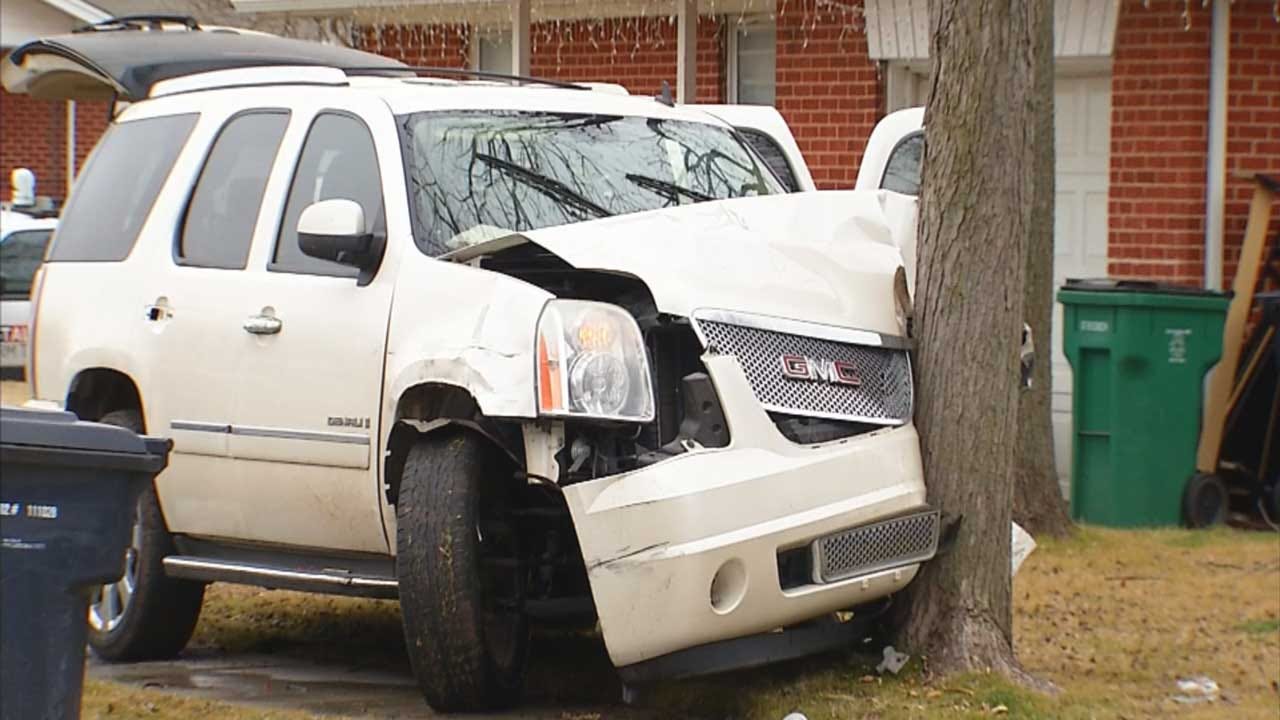 Police were called about 1 p.m. in reference to a kidnapping in southeast Oklahoma City.

The caller told police his niece had been taken by someone in an SUV and he was following the vehicle.

The caller said people in the suspect vehicle were shooting at him.

Officers located the suspect vehicle, a GMC Escalade, near SE 89th Street and tried to conduct a traffic stop. The vehicle did not stop causing the chase to start.

During the chase, officers said the suspect vehicle was desperate and was reportedly ramming vehicles in traffic.

"The suspect did hit a couple of vehicles. Fortunately, no one was injured in any of those accidents," said Oklahoma City Police Information Officer Megan Morgan.

"Was inside and I heard some tire screeches. I thought there was a wreck or something," said Labielle.

Labielle says when he stepped outside to investigate, he saw the SUV tearing through his neighbor's front lawn. And that there was a caravan of officers behind the SUV.

The chase ended near SW 57th Street and Broadway when the SUV slammed into a tree.

"Later, an officer came back and was checking through the yard making sure they didn't throw anything like a weapon or something like that," said Labielle.

The chase suspects are thought to be wanted for assault with a deadly weapon and kidnapping, police said.

The suspects have not been identified as of Friday afternoon.

Police said the person thought to be kidnapped was able to get away before the suspect vehicle drove away.

Police are still investigating the circumstances behind the pursuit and attempted kidnapping.