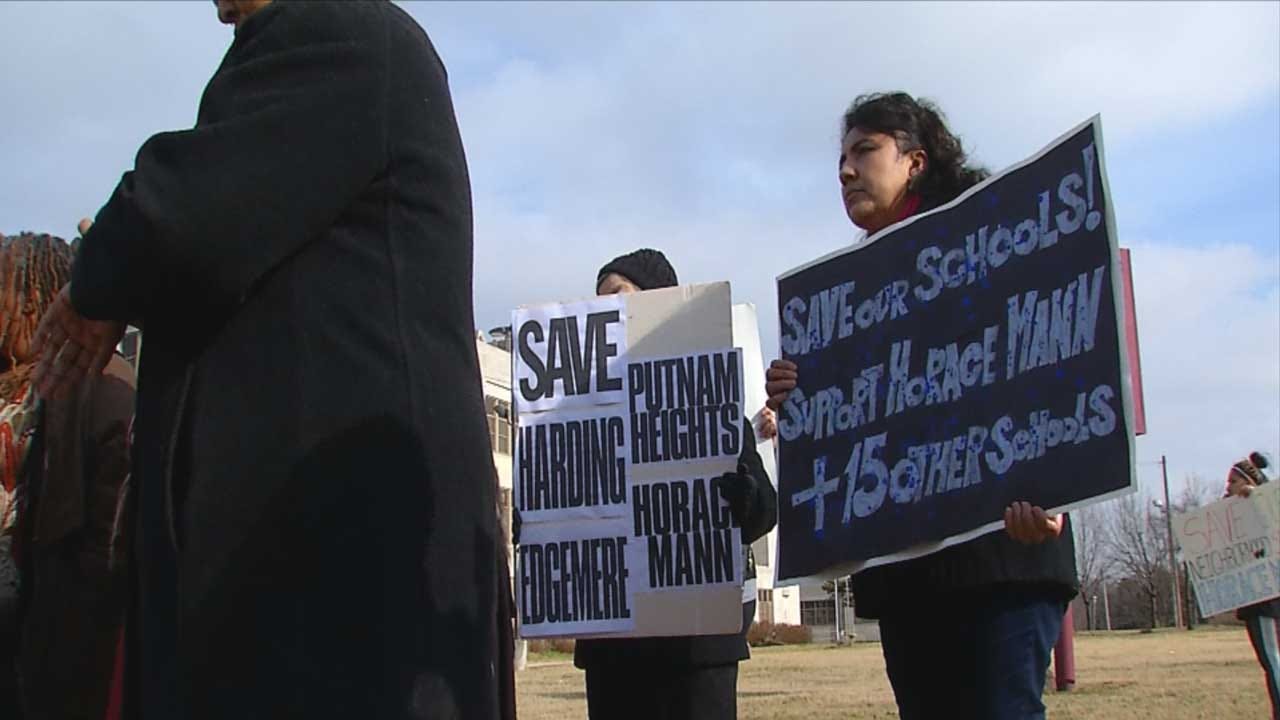 Ahead of Monday's Oklahoma City School Board vote on Pathway to Greatness, protestors gathered outside the Board of Education office.

The Alliance for Better Community Schools says the superintendent's plan for the future is too radical.

“Community members just saying we need more time, we don’t understand, we don’t agree with some of those choices. Aren't there other options,” said concerned parent and spokeswoman T Sheri Dickerson.

Despite promises of a list of trade ups and a savings of $4,000,000 annually, Dickerson fears the closure of 15 schools will take a toll on students and the neighborhoods in which they live.

“We are going to see fracturing of families, we will see gentrification to continue, we will see the neighborhood begin to dissipate,” said Dickerson.

“That says they don’t care, they’re not looking at the community, they are looking at the bottom line, the number of the child,” said concerned parent Christina Simmons.

Simmons is a product of OKCPS and has five children currently enrolled. She says the anticipated changes would mean her kids could no longer walk to school.

“They are telling me that I moved to a specific location, so my kids can walk two blocks to their school. As a single parent, that’s a luxury,” said Simmons.

“Dr. McDaniel is some fresh air in this and we get that he stepped into a big mess, however, the district has mentioned more than once that this is a decision based on 46,000 children,” said Tia Cookson.

Cookson, a concerned aunt, often helps with her sisters' children. She says while she's always volunteered at their schools or helped shuttle them back and forth, the changes will force her to take a step back.